Could cars really tell if a person is drunk? This soon may be a reality 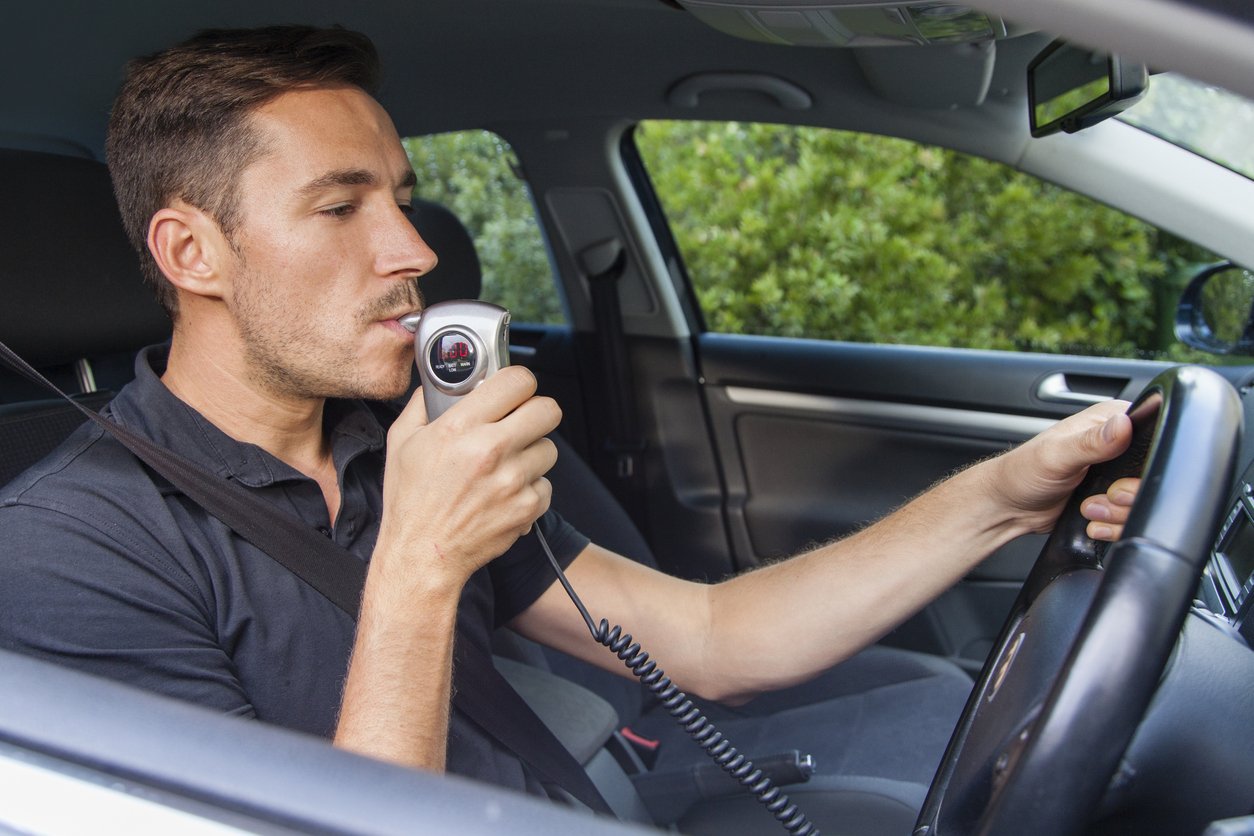 It’s an idea that would surely change the motoring world one day in the near future: What if our cars could prevent drunk driving?

Driving laws in the future could include all cars being able to have some kind of technology to detect and prevent drunk driving. Some companies are already racing to figure out how to do this.

David Harkey, president of the Insurance Institution for Highway Safety, said: “I actually think this particular technology could save more lives than airbags. We’re talking about more than 10,000 people that are losing their lives annually as a result of alcohol-impaired driving in the country.”

There are a few approaches that have been explored in recent years. They fall into two main categories: systems that measure your blood alcohol level while you do normal driving tasks, and cameras that watch for tell-tale signs of drunkenness.

Here’s what you need to know about these methods.

Cabin air could be sampled by built-in breathalyzers

One system that is currently being road-tested involves sensors that automatically take breath samples and look for traces of alcohol, with no need to blow into a tube.

A joint project between automakers and the American government known as the Driver Alcohol Detection System for Safety (DADSS), is working on this technology, which would stop the vehicle from moving if it detects that a driver’s blood-alcohol content is above legal levels.

Sensors that can be integrated into a vehicle’s dashboard or window have been built by DADSS researchers. They currently require a driver to blow a puff of air in the general direction of the sensor.

The long term goal is for the system to sample a driver’s normal breathing – and be able to distinguish between the driver’s exhalations and those of any passengers – and then measure that sample for alcohol content.

Schneider, a freight company, is currently deploying a small number of DADSS systems into its tractor-trailers, which will help test whether the system can stand up to the rigors of real roads and driving (the temperature changes and vibrations inside a vehicle can be hard on technology, a perpetual challenge for automotive engineers).

The DADSS researchers are also working on a touch-based sensor that shines a light into a driver’s fingertips and detects the alcohol content of the blood based on the light reflected back.

Hypothetically, the device would be integrated into a surface that the driver has touch anyway, like an ignition button, though it’s still at the prototype stage.

Signs of impairment should be monitored by cameras

Volvo have claimed that this is something they will use for future vehicles, telling NPR that the technology will be rolled out in the next couple of years.

The advantage of this approach is that it can use cameras that many automakers are already installing in their vehicles, claims Sam Abuelsamid, principal analyst with the market intelligence company Guidehoue Insights.

The cameras are currently being used to make sure drivers are looking at the road instead of being distracted.

“They consist of a small camera that’s typically mounted on the steering column that’s looking at the driver,” Sam Abuelsamid says. “They use infrared so that it can see in the dark, if you’re driving at night — or if you’re wearing sunglasses, it can still see your eyes.”

However, there is an opportunity to repurpose the cameras to look for other things and some companies are optimistic that a visual system can reliably detect impairment on its own.

EyeGage are a company that’s working on software to automatically detect intoxication by using a camera that’s focused on an individual’s eyes.

LaVonda Brown, founder of EyeGage, states that a drunk person’s eyes get glossy, and their pupils respond differently to light. A distinctive involuntary movement known as nystagmus is commonly used in field sobriety tests to detect alcohol use. It’s something police officers are looking for when they ask drivers to follow a pen with their eyes.

“Your eyes are just so full of information,” she says, “and you can’t hide it.”

EyeGage is currently collecting data, hoping to improve the accuracy of its software across different demographics.

The technology is still years away from reality

All the technology that has been mentioned still needs refinement before they’re ready for mass adoption.

It could take several years to determine what kind of technology should be required under the new vehicle standard and automakers would then have a few years to implement the standard in their vehicles.

The ideal solution would be that a sober driver wouldn’t notice the system at all. They’d just get in their vehicle and drive like normal, without doing anything in particular.

With the introduction of new technology in cars, there’s still a chance there could be a backlash from consumers. There have already been privacy concerns raised about both camera-based and physiology-based systems.

But safety advocates are ecstatic about the new federal push for drunk driving technology. Mothers Against Drunk Driving called the measure included in the infrastructure law “monumental.”

“This is the beginning of the end of drunk driving,” MADD president Alex Otte said in a statement.