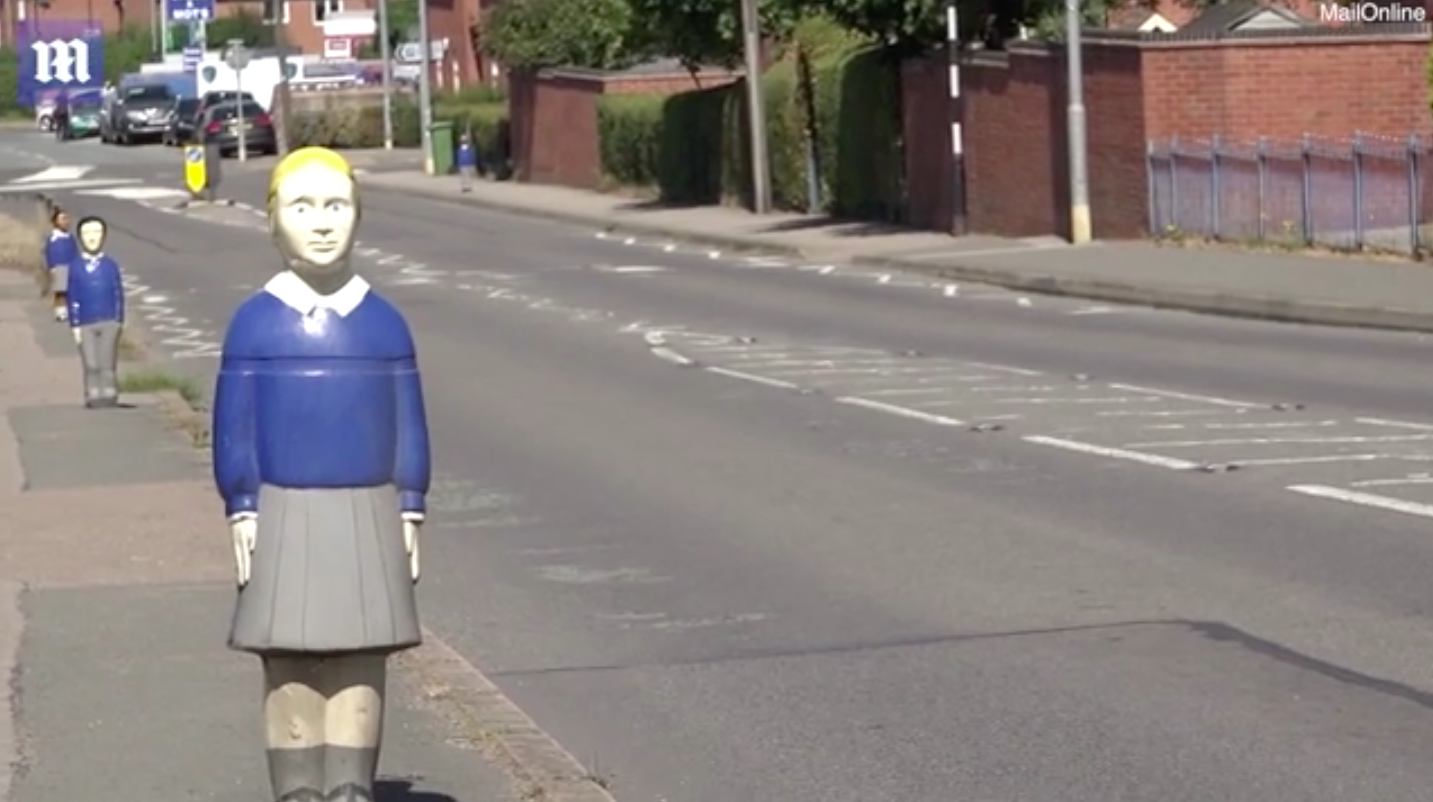 Child-shaped bollards are terrifying motorists in a quiet village.

The bizarre pavement decoration emerged this weekend after someone posted it online after driving through Stoney Stanton.

The child-shaped bollards are painted in a semi-realistic manner to urge motorists to be more careful behind the wheel.

Stoney Stanton Parish Council and the local school installed them over two years ago.

Seen before in Windsor, a video of the bollards in Stoney Stanton seemed to have hit a chord with people watching it on Twitter.

Andrew Cooper, who lives in nearby Leicester, came across the bollards last week – and soon took to Twitter to share a video of what he discovered as he drove through the quiet town.

“Because no one ever believes me when I tell them that one of our neighbouring villages has made their bollards look like Midwich Cuckoo style children, I have recorded the ghastly proof on video,” he wrote.

The online viewers of the video called the plastic infants ‘terrifying’ and ‘the stuff of nightmares.’

Another said: ‘Crikey. That is very disturbing’.

​​Moreover, some people even suggested that they will have the opposite effect than is intended, due to how distracting they are.

A third comment read: ‘I think the painted bollards would be more of a distraction rather than a warning of children around which could be more dangerous?’

For those who campaigned to introduce the road furniture, the goal is simply to make drivers think about the speeds they are going at, and the possible consequences they might face if they veer off the road.

The bollards were put up in July 2020 as part of a drive safe scheme in the village.

They were created by parish clerk Roz Ward who helped them become a reality.

The pretend children were nicknamed Billie and Belinda.

Cooper admitted that he didn’t notice if there is any school nearby, explaining: “Whenever I go through, I’m too mesmerised by the creepy bollards to notice anything else.”

More ominously, the Midlander claims that the bollards look ‘worse at night’, where the horror film comparison would surely be even more apt.

His original video, which was tweeted out over the weekend, has since caught fire, going on to receive over 5.5k likes at the time of writing.