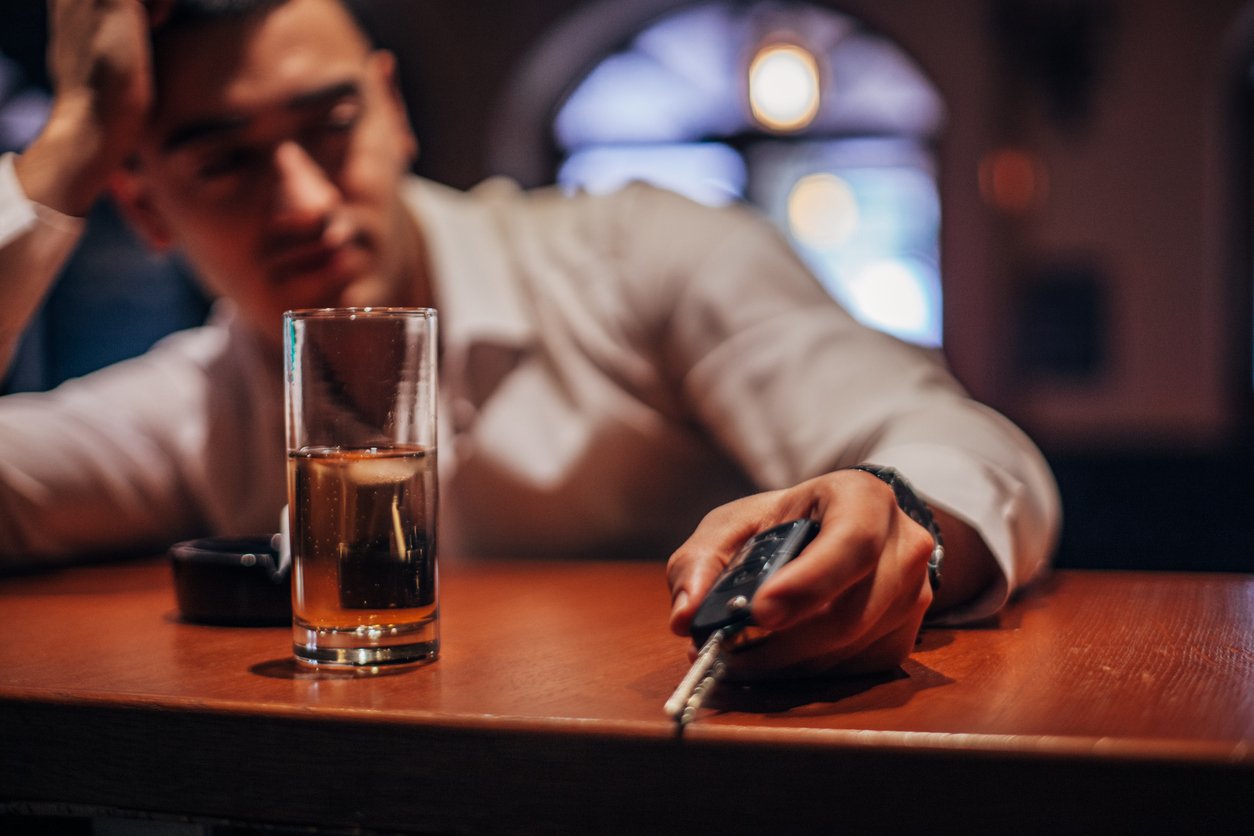 While Christmas may look a little different this year, chances are there’ll still be people on the road who think it’s acceptable to drink and drive. The festive period always sees a rise in drink driving cases, as revellers get carried away while celebrating with friends, colleagues and family – putting themselves and others at risk.

Although most motorists wouldn’t dream of being drunk at the wheel, a small minority think the rules don’t apply. Even here in the UK where drink driving rules are largely very strict, thousands of people break the law and drive drunk, with over 85,000 drivers a year convicted of DUI offences.

What we want to know is how do the UK’s drink driving laws stack up against other countries? And how does our alcohol limit compare to the rest of the world?

To find out, Prestone, who make high performance car maintenance products, did some research into the world’s drink driving limits, looking at countries in Europe and beyond. Take a look at what they unearthed below. 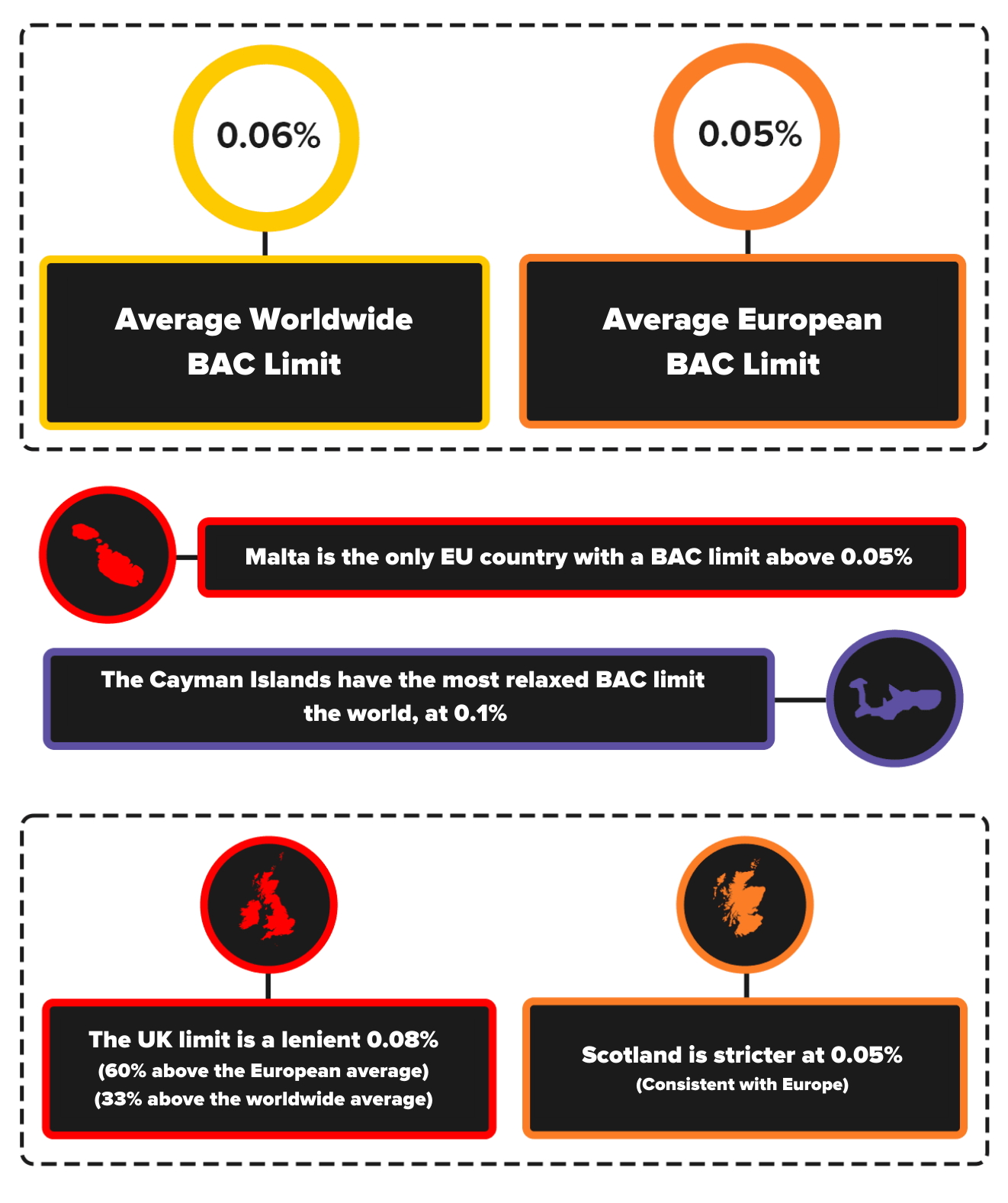 It’s interesting to note that the UK (not including Scotland) has one of the highest drink drive limits in the world, on par with countries like Ukraine, Venezuela, Tanzania and Malaysia. England, Wales and Northern Ireland have a limit which far outstrips most other Western countries, including Germany and France, two of our most comparable neighbours.

Why is the drink drive limit disproportionately high in England, Wales and Northern Ireland? It isn’t clear. While we do have strict laws for those caught over the limit, it could be argued that it’s time for the UK to rethink its limit to discourage motorists from going near the drink before driving.

Want to know the drink driving limit in Russia? How about Australia, the US or Brazil? To make it easier to compare the BAC % limits for countries around the world we’ve put together this handy table which gathers the information in one place.

How Do Drink Drive Limits Compare in Europe?

Europe has some of the strictest drink drive limits and rules in the world, with Malta, Liechtenstein and Armenia being the only EU nations to have a BAC above 0.05%. Let’s take a closer look at how limits and laws compare across the bloc. The majority of European countries have a drink drive limit of 0.05%, which means drivers are allowed 0.05 grams of alcohol per 100ml of blood. That’s typically the equivalent of around one beer or one small glass of wine.

What’s interesting to note is that many countries in eastern Europe have much stricter drink drive limits – including Poland, Czechia, Romania, and all countries in the Balkan states – than the likes of France, Spain, Italy and Germany, which all have the customary 0.05% limit.

While France and Germany enforce the 0.05% limit, they have some of the strictest drink drive laws of any European countries – with high fines and additional penalties for new, inexperienced or professional drivers. Switzerland, too, takes drink driving seriously, with a zero-tolerance policy for motorists who have held their licence for under three years.

Drink Driving Limits Around the World

Now that we’ve mapped the drink drive limits for European countries, let’s take a look at limits around the world. 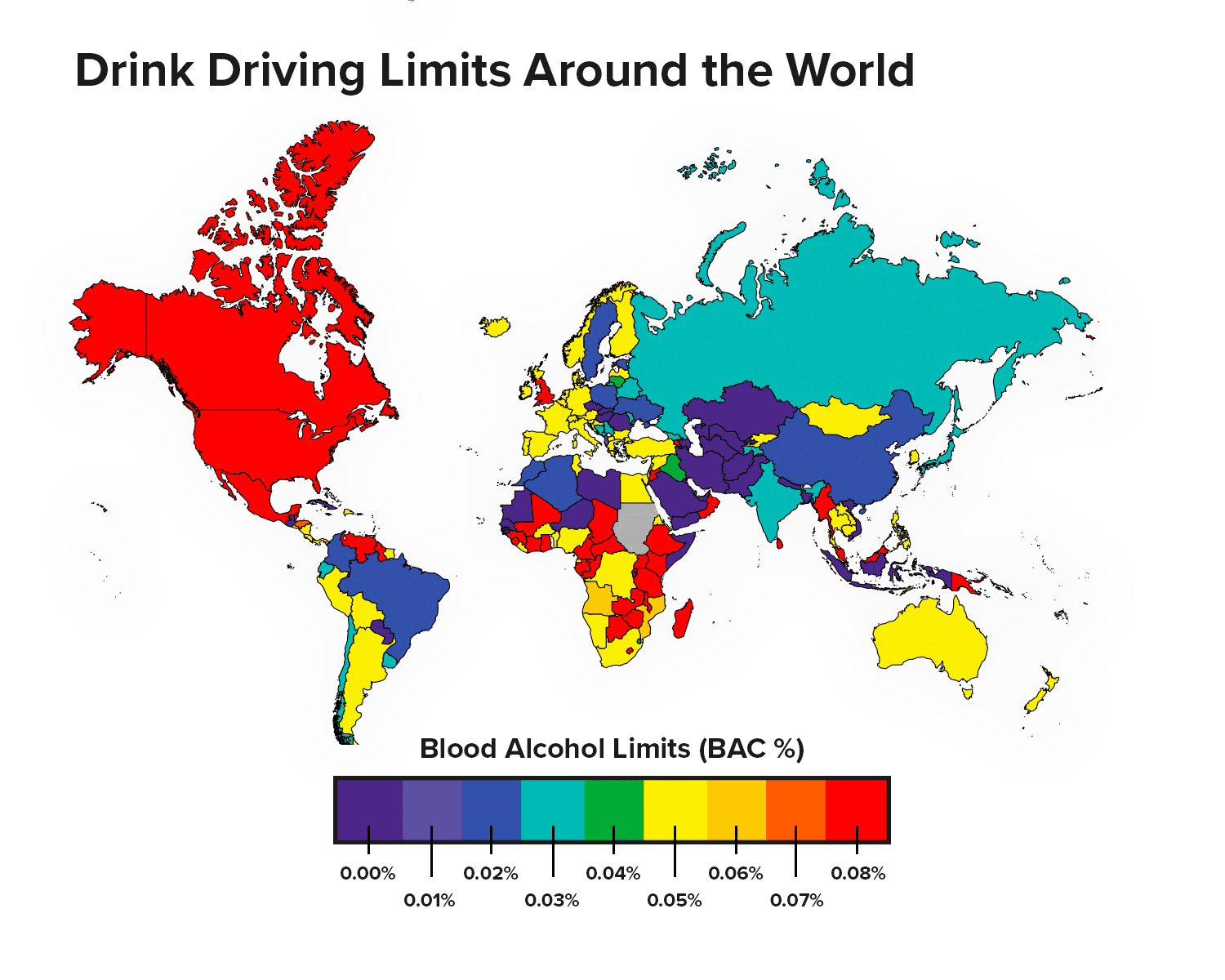 Several counties have a zero-tolerance policy on drink driving (including many countries where the sale and distribution of alcohol is prohibited). Many others have different rules depending on the age and experience of the driver, as well as zero-tolerance rules for those who drive professional and consumer vehicles.

In many countries, including Greece and Australia, the police make routine stops to check that a person is below the legal limit to drive. This also happens here in the UK, particularly around Christmas, when the police know there’s an increase in drunk drivers on the road.

So there you have it, a complete look at drink driving limits around the world and how the UK compares. We don’t need to remind you of the dangers of driving under the influence, but with Christmas just around the corner it’s worth remembering the penalties and consequences of climbing behind the wheel after one too many festive beverages.