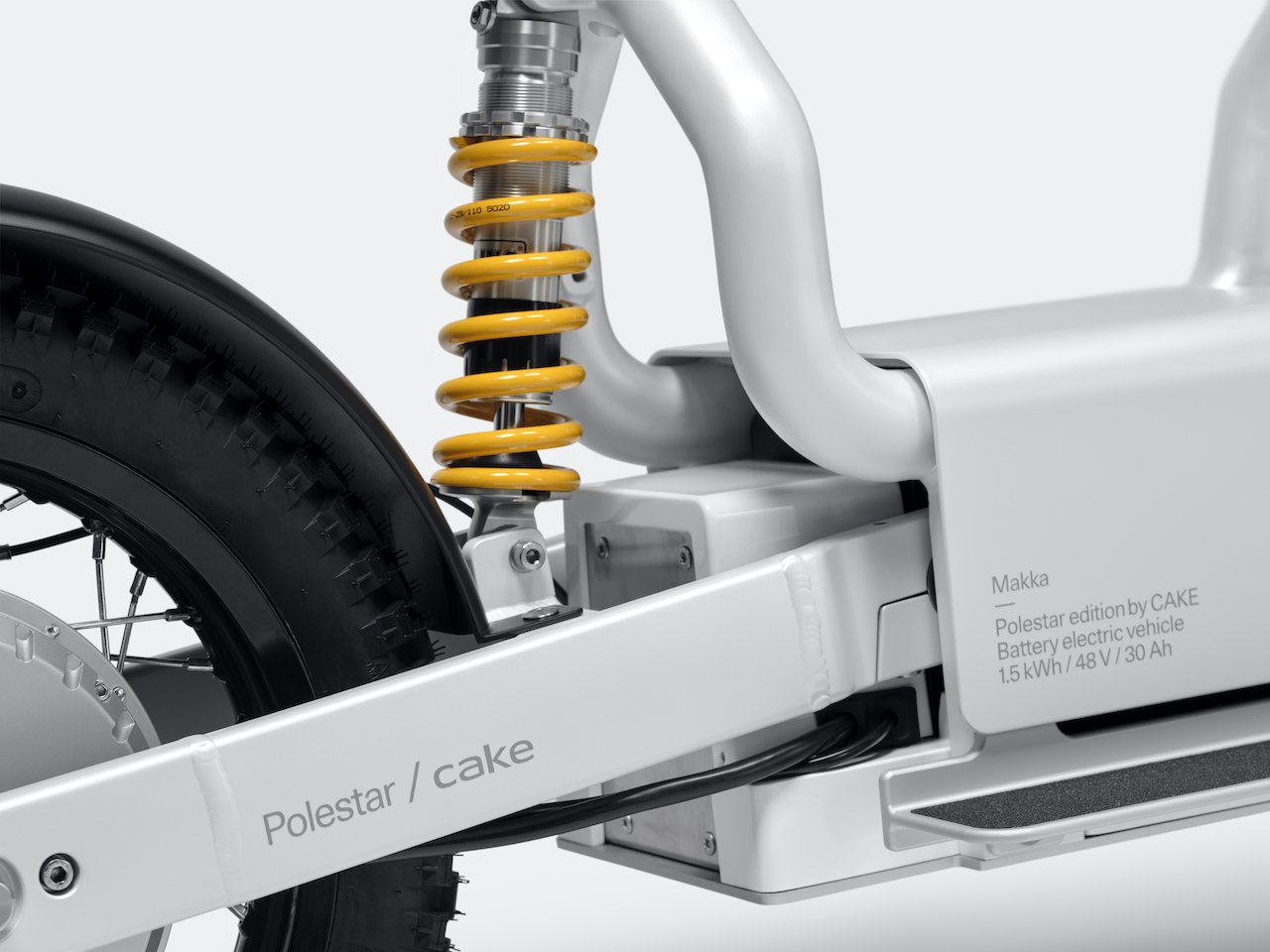 By producing no emissions at the tailpipe, electric motorcycles may have the upper hand over the internal combustion engine, however there is still a decent amount of pollution created in the production process. Whether it’s in the assembly, the mining of raw materials, or the process of battery production itself, there’s still pollution being produced.

Cake, a lightweight Swedish electric bike firm, is aware of this issue. To combat the pollution generated in manufacturing, the company have announced a new partnership with European energy company Vattenfall in an attempt to build the first truly fossil-free electric motorbike by 2025.

Cake founder Stefan Ytterborn told MCN, a news site for all things motorcycles: “We would never pound our chests and say: ‘Hey, look at us, we’re sustainable because we’re electric.’ There’s so much more to sustainability,

“It’s wonderful to team up with such a chunky organisation and share that perspective. Without them it couldn’t make it happen.”

Calculating the level of carbon dioxide currently produced in the manufacture of one of their electric-enduro-style Kalk OR models is the first step. The Swedish firm calculated this is 637 cubic metres, or about 1.2 tonnes – the same amount of pollution, they say, as someone flying from London to New York and back twice.

However, it’s two different things to diagnose the issue and then to tackle it, with all elements of the process, including the way raw materials are extracted and the fuels used to power factories, needing to be scrutinised.

Isabella Pehrsson, Head of Sustainability and Project leader on the Cleanest Dirt Bike Ever project, said: “A big part of what will be done and the most important bit of decarbonisation is of course to electrify and then plug-in green energy,

“Materials need to be from a non-fossil source. You cannot use oil and then call them ‘fossil free’ at the end. When it’s taken from the ground, every chemical that is added to make something like aluminium will need to be considered.

“It’s how those additives were produced, how it was transported and how it was processed to become a material,” says Isabella. “All of those aspects will be taken into account to decarbonise. And all those processes will rely on green energy to be decarbonised.”

Aluminium, steel, plastic, rubber, plus the controller, motor, battery, brakes, suspension and electronice are all elements Cake are looking at to become fossil-free.

Their partners, Vattenfall, have already begun some of the development work here. Pehrsson explained: “Vattenfall is one of the parties that recently created the world’s first fossil free steel. This will be in the bike, we’re setting up that collaboration now.

“They are working with Cake because we’re a fun product utilising materials that are widely used in the industry,” she added.
Cake’s eco plans in detail

Splinter cell: The firm continue to keep their cards close to their chest surrounding battery development at this stage, but have said that they don’t have the capacity to produce cells for batteries in house, so will need to find a sustainable partner.

Boxing clever: To demonstrate the production carbon footprint, Cake strapped a Kalk OR model inside an 8.6m high cube, which represents the volume of carbon emissions produced during manufacture.

The Cake mix: Cake’s production facility just outside Stockholm runs on solar energy. The firm are expecting to produce 25% of all parts in house by 2025 – although they have not yet decided which of those parts it will be.

Vision for a greener future: Cake founder Stefan Ytterborn told MCN: “We will never reach 100% zero emissions, [but] it’s a way of accelerating to a much better collective perspective, between the industry and the users, to accelerate our level of purpose. We [will] launch the first commercial bike by 2025 that’s come as far as we can get towards zero emission. That one will be the best that there is from us.”