Hay fever sufferers warned penalty points not to be sniffed at 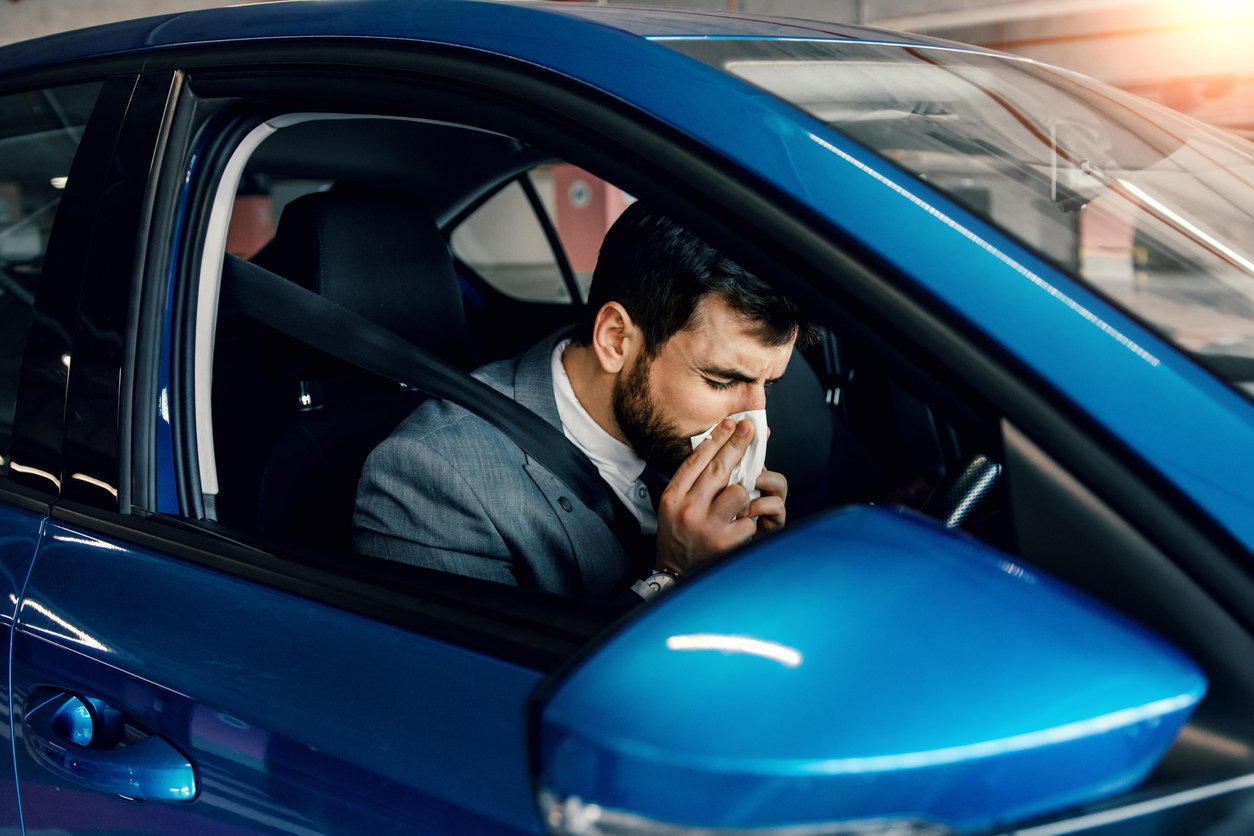 The Met Office pollen forecast for England and Wales could give hay fever sufferers more than watery eyes this weekend.

Pollen predictions show things could get uncomfortable for sufferers on Friday and into Saturday when the pollen count is forecast to jump to ‘high’, after being classed as ‘medium’ for many regions throughout the week.

Hay fever sufferers who are vulnerable to oak and birch pollen might be especially affected – although oak pollen is considered to be mildly allergic compared to other tree pollens, it tends to stay in the air longer, which can cause a severe reaction.

The Met Office forecast has led to a warning from one of the country’s leading car insurance comparison websites, concerned that most motorists are unaware of the fact that ‘driving under the influence’ could result in hefty fines and points on their licence.  Some hay fever medications could see drivers committing this type of motoring offence without even realising it.

Insurance comparison website Quotezone.co.uk says the government legislation that bans driving while under the influence, does not distinguish between illicit drugs, prescription medication and over-the-counter medications.  This means any type of drug that affects a motorist’s driving abilities could potentially result in a drug-driving conviction, even if it’s something as simple as hay fever medication that causes drowsiness.

One in four people in the UK has hay fever, that’s approximately 16 million people, according to the Natasha Allergy Research Foundation.  Grass pollen is arguably the biggest cause of seasonal allergies, affecting approximately 90% of hay fever sufferers – with peak season from mid-May until July.

The region’s hay fever sufferers could consider the following advice before getting behind the wheel:

Greg Wilson, Founder of Quotezone.co.uk, comments:  “A lot of people aren’t sure exactly when the hay fever season starts, it actually runs for seven months of the year – March to September – depending on the type of pollen people are allergic to, so it can catch drivers off guard.

“Most people assume that the term ‘drug-driving’ refers to driving while under the influence of illicit narcotics, but the truth is that driving after taking any type of drug, could result in a motoring conviction if the motorist’s driving abilities are impaired.

“While some hay fever medications are non-drowsy, some types do cause drowsiness, and some prescription hay fever tablets in particular carry a ‘do not operate heavy machinery’ warning. If a driver fails to obey this warning and gets behind the wheel, they could risk a hefty fine of up to £5,000, points on their licence and endanger themselves and other road users.”