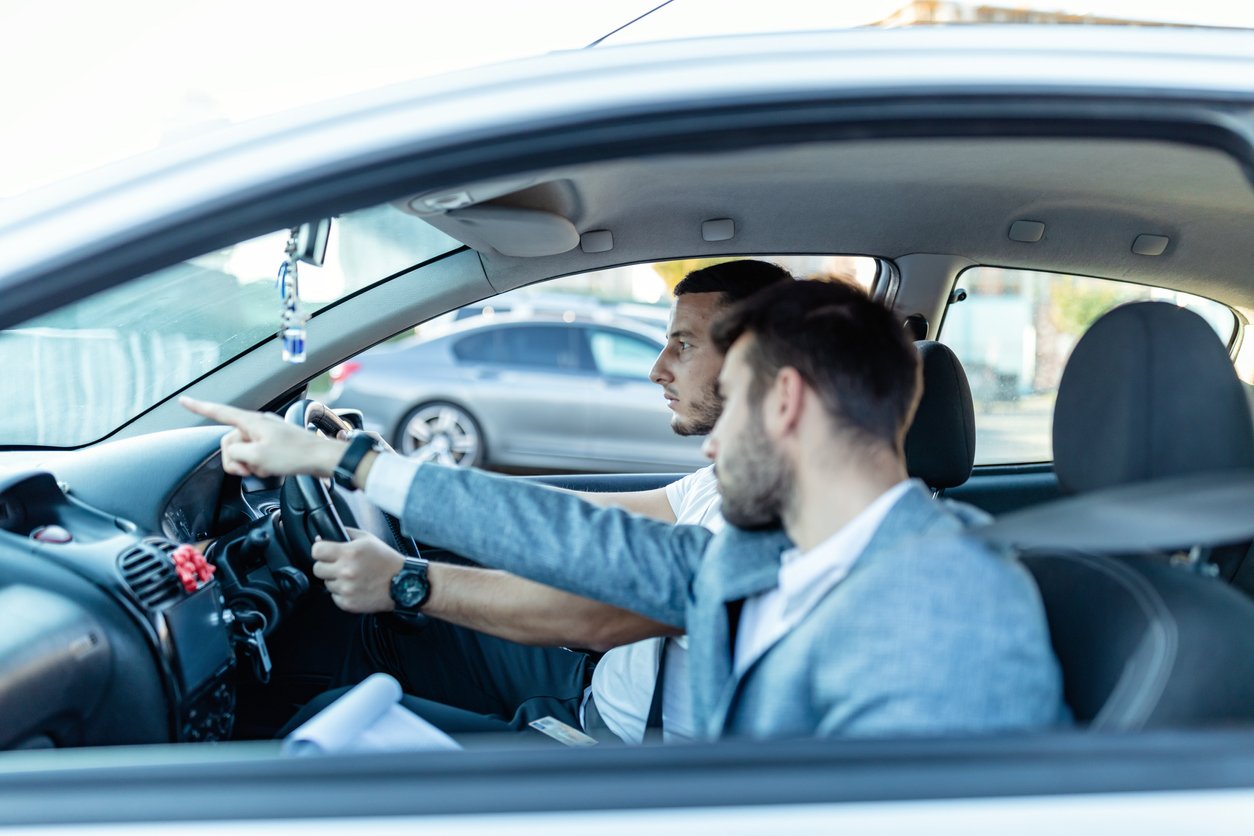 A man has been hailed as an “amazing dad” for going to desperate lengths to help his son take his driving test.

Paul Miller, from Holmfirth, West Yorkshire, set out to drive to Gairloch, a tiny village in the Scottish Highlands, a trip that’s 470 miles from his home. He was eager to see his son, Fin, 18, succeed at his driving test.

However, the trip wasn’t all smooth sailing, as the test was cancelled halfway through their mammoth journey and their accommodation booking was scrapped by AirBnb.

Incredibly, their story has a happy ending – with proud dad Paul saying it’s a “little part of my life I’ll never forget” in a Twitter thread that has gathered more than 20,000 likes.

Looking back on the wild story, Paul said Fin was “really upset” after failing his driving test for the second time and needed to drive to do shift work at his first job.

He said: “Trying to be a good dad, I tried to make it better.”

No other test appeared to be available when he checked the DVSA website to book another, until he discovered one in the remote spot of Gairloch on November 24.

“It wasn’t until I scrolled further out [on Google Maps] that I realised just quite how far it was’, Paul said.

“But it WAS doable… sort of. I booked it quickly, then would worry about it later.”

Fuelled with a new sense of hope after hearing that Gairloch has the highest rate of driving test passes in the country, Paul’s next job was to look for somewhere to stay when they got there.

According to Paul, accommodation was almost “non-existent”, but the dad managed to find “the one and only cottage” in the area. Paul then booked annual leave from his job and set off with Fin.

Trouble started at the halfway point of their journey when the cottage owner cancelled, citing a broken boiler.

This forced the two to book a hotel in Inverness – a 90 minute drive from Gairloch.

However, the drama didn’t stop as once they crossed the Scottish border and were nearing Perth, Fin’s driving test was cancelled and rearranged for February.

After a challenging and stressful phone call with the DVSA, Paul booked the only replacement test – in Inverness, a 100 minute drive from Gairloch.

Once they arrived, they booked FIn a local driving instructor so he could try out the roads, which didn’t go well after the instructor told Fin that he had got three majors in a fake test due to a nightmare roundabout.

“My son didn’t sleep last [that] night and was sick this morning”, Paul said.

“We went out, and drove around Inverness for 3 hours. We went round and round that roundabout, and I still couldn’t figure it out. No one else could either.”

As Fin set off for his real test, Paul said he was “pacing around like an expectant father” waiting for him to return – but good news was on its way.

“I tried to read his body language, but couldn’t”, Paul said. “Walking over I could see he was still talking to the instructor. F***ity f**k. Then he smiled. He’d f***ing passed!”

Speaking to Metro.co.uk, Paul joked: “It was worth the trip not to have to get up at those times to take him.

“We’re onto the next saga now. Panicking about him driving by himself.”

People on Twitter took a shine to the father and son’s story, stating that they were “glad it has a happy ending.”

One person said: “Best dad award goes to you. Well done and to your son.”

“Brilliant story. It’s so worth getting our offspring through the driving test’, another Twitter user wrote.