Highway Code changes you need to know about 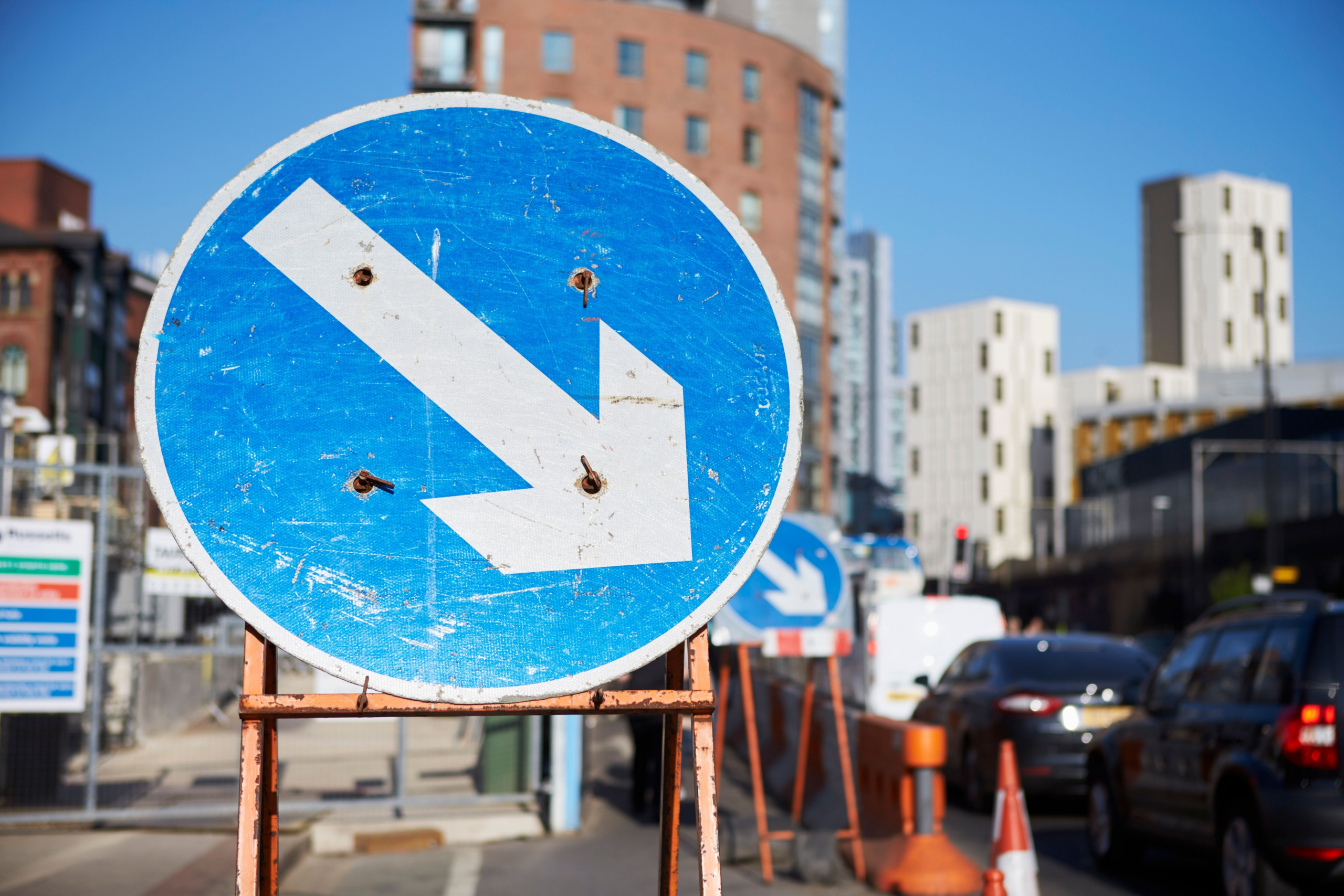 UK motorists can expect big changes this new year according to research done by vehicle finance specialist Carvine. Later this month, from January 29th, a batch of new Highway Code rules will come into force that will significantly impact how motorists behave behind the wheel.

Among the fresh set of rules is the major ‘Hierarchy of Users’ regulations. Split into three rules: H1, H2 and H3, everyone from car drivers, cyclists, horse riders and motorcyclists are affected. The government’s policy states that the new ‘H’ rules will ‘tackle some of the safety issues pedestrians encounter or perceive when walking.’

But the changes don’t stop there.

Cyclists are now being advised to position themselves in the centre of the lane to make themselves more visible to other road users – especially if they are making a turn at a junction or travelling in slow-moving traffic.

Further restrictions to mobile phone users are now in place beyond making a phone call or texting. If you are found using your device to film, take a photo, scroll through a playlist or play a game, you could land yourself a fixed £200 fine and six points on your license.

Later this year, you can also expect parking restrictions on pavements with a proposed £70 fine.  While this has been a finable offence in the capital for years, the rest of England and Wales do not currently face a fine. However, the Scottish government are enacting a bill to outlaw all parking on pavements from 2023 – it’s only a matter of time before the rest of the country follows suit.

Post-July, all new cars manufactured in the EU will be fitted with an Intelligent Speed Assistance (ISA) black boxes to ensure drivers don’t go over the speed limits in place.

Alex Thomas, a spokesperson for Carvine commented: “Despite legislation and Highway Code amendments coming into force, most motorists will be unaware of the new rules. While we all have a duty and responsibility behind the wheel, penalising drivers will likely become easier for the authorities as days go by.”

With more and more changes for motorists coming into force across the UK, including the new Clean Air Zones in Manchester and Bradford, the future of driving will undoubtedly look different in years to come.

Here’s a breakdown from Carvine of all the new rules:

The government’s new Hierarchy of Road Users aims to ‘tackle some of the safety issues pedestrians encounter or perceive when walking.’ So the first new rule (H1) places more responsibility on drivers of larger vehicles to take greater care of vulnerable road users.

Within the proposal, motorists whose vehicles have the potential to cause more harm in the event of a collision ‘bear the greatest responsibility to take care and reduce the danger they pose to others.’ Whether you drive a lorry, taxi, car, van or motorcycle, the new rule applies to whoever sits behind the wheel.

But this rule encompasses more than just motorists, as cyclists and horse riders have a responsibility to take care of pedestrians too. Essentially, if you are a road user, you are responsible for your own safety and others on the road.

Rule H2 is also for drivers, cyclists, motorbike riders and horse riders alike to pay more attention to pedestrians at junctions. If you see someone wishing to cross, ‘you should give way to pedestrians crossing or waiting to cross a road into which or from you are turning.’

While you might be tempted to keep going, if you spot a pedestrian waiting to cross, you are now expected to give way to them. Likewise, cyclists must give way to pedestrians on shared-use cycle tracks to ensure the safety of both you and your fellow road users.

Don’t forget! Unless pedestrians are prohibited from the area you are driving in; they are entitled to use any part of the road or track to walk on.

Rule H3 concerns drivers and motorcyclists when you are manoeuvering a ‘junction or changing direction or lane.’ In short, motorists should not cut across ‘cyclists, horse riders or horse-drawn vehicles going ahead’ so that you don’t cause them to swerve or be forced to stop.

Patience is the key here. Before you proceed, you should wait until there is a safe gap before making your turn.

So if the cyclist is travelling around a roundabout, is approaching or moving off of a junction or moving or waiting alongside slow-moving or stationary traffic, they have the priority.

When cycling through areas shared with pedestrians, horse riders and horse-drawn vehicles, you need to make it clear that you are present. It is recommended that you slow down where appropriate or necessary and either ring your bell or by calling out politely so they know you are in proximity.

Whenever you’re out and about on your bike, always remember that some pedestrians may be hard of hearing, deaf, blind or partially sighted – even if it’s not obvious. So take extra care when passing the elderly, disabled and children.
If you see a horse up ahead, whether you’re driving a vehicle, motorbike or bike, you need to be prepared to slow down or stop entirely. You should never pass a horse on its left, as they can quickly become startled if they haven’t clocked you’re there.

Remember to pass all pedestrians, horse riders or horse-drawn vehicles safely at the lowest speed possible, and always leave enough room as you pass by.

Tighter rules on mobile phone use

While driving and either making a phone call or texting has been under fire for a few years now, tighter restrictions are now being enforced if you are found using your mobile phone behind the wheel.

Unless there is an absolute emergency, you could find yourself with a fixed £200 fine penalty notice and six points on your license if you are found using your phone to film, snap a photo, scroll through a playlist or play a game.

While it has been a finable offence to park your vehicle on the curbside throughout London for years, it currently isn’t law throughout England and Wales.

With the Scottish government already enacting a bill to outlaw all parking on pavements from 2023, it’s only a matter of time before the rest of the UK follows suit. With changes expected to come into force later this year, the latest proposals suggest that councils will be able to issue £70 fines to all curb offenders.

We’ve all been there – stuck behind a cyclist with no room to overtake. But with the upcoming changes, cyclists are being advised to ride in the centre of their lane to make themselves more visible in slow-moving traffic and quieter roads.

Likewise, if a cyclist is approaching a junction (rule 72), they should position themselves in the middle of their carriageway so that other road users can take appropriate action safely.

However, cyclists also hold similar responsibilities when it comes to overtaking traffic and should leave enough space for motorists to overtake when it is safe to do so. Updates in the Highway Code include:

At some signal-controlled junctions, there are markings on the road directing cyclists to turn in two stages.

Stage 1: As soon as the traffic lights turn green, cyclists planning to turn should head to the location marked by the cycle symbol and turn arrow painted on the carriageway. Stop, and wait before proceeding

Stage 2: Now, there are a set of traffic lights facing the cyclist on the far side of the junction. As they turn green, the cyclist should complete their manoeuvre

If a cyclist is going straight ahead at a junction, it is their priority over traffic waiting to turn into or out of the nearby side road. (See Rule H3 for further information.) Like fellow road users, the cyclist needs to ensure they can proceed safely, particularly if they are approaching a junction on the left from slow-moving or stationary traffic.

Currently, there are national speed limits in place up and down the country. While many roads are supported by traffic and speed cameras, it’s all down to you how fast or slow you drive as a motorist. However, if you’re thinking about buying a brand new car, this is about to change.

All new cars built from July 6 will have built-in Intelligent Speed Assistance (ISA) black boxes. Using GPS to monitor the speed limit, these speed limiters will ensure that your vehicle doesn’t break it.

Despite the law being passed in the EU back in 2019 before Brexit, the rule will apply to all cars manufactured in the EU and imported to the UK. What’s more, the UK will still continue to uphold many of the EU motoring laws that were passed during our tenure – so expect to see more EU driving laws upheld in the future.

Stop flashing your lights at other motorists

As motorists, we all have a set of communication devices at our fingertips. Whether that’s your horn, revving your engine or flashing your lights, we’ve all taken part in some part of an exchange with one or all of them to get out point across to other road users.

Well, it’s time to let go of everything you think you know. No more flashing to say ‘thanks’ or ‘go ahead!’ Instead, the new code states that you can ‘only flash your headlights to let other road users know that you are there.’

Just like the classic aggressive horn honk or revving your engine too hard, flashing your lights has become an illegal practice so that you no longer ‘covey any other message or intimidate other road users.’

Councils across England and Wales will be granted new powers early this year to fine motorists up to £70 for some minor traffic offences. These include illegal turns, stopping in yellow box junctions and driving in prohibited cycle lanes.

While councils in London and Cardiff have followed similar tighter restrictions for decades, 2022 is the first time local authorities across the UK have powers to enforce and issue these penalties for these types of offences. Under the guidance of the Department for Transport, it is expected that councils will have these former police powers handed over from March onwards.

36 thoughts on “Highway Code changes you need to know about”