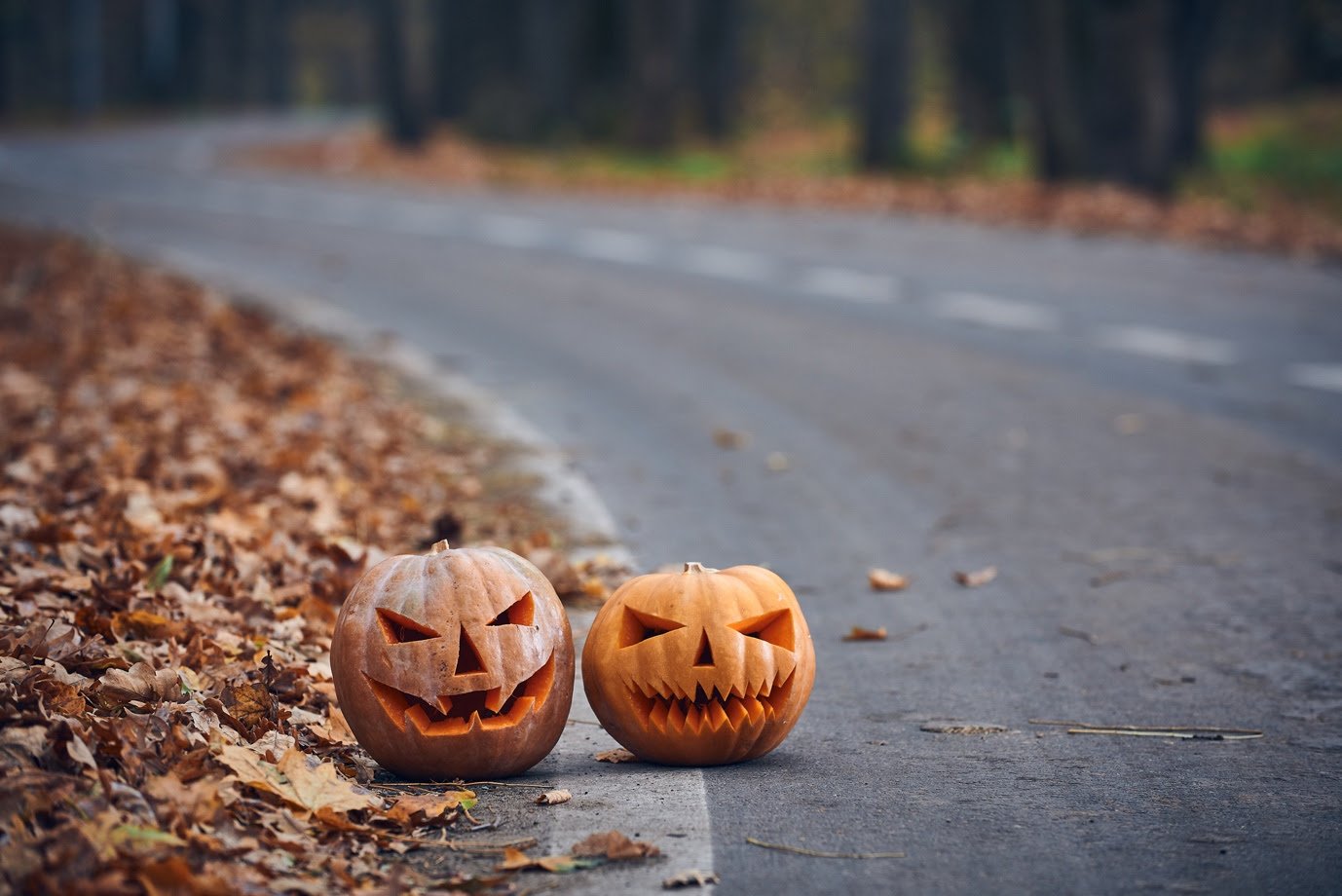 From Dundee to Devon and Belfast to Bolton, motoring experts have revealed 10 haunted highways that easily spooked drivers should avoid this Halloween.

Multiple sightings of a highwayman in Hampstead and a ghost bride in Kent confirm the fearsome reputation of a UK road network reportedly riddled with ghostly apparitions, researchers from Quotezone.co.uk have found.

Seeing a ghost when driving alone in the dark on a deserted road is unsettling enough but motorists have also reported being attacked by werewolves in East Riding.

Greg Wilson, Founder of car insurance comparison site Quotezone.co.uk, said: “Most of us are familiar with traditional ghost stories and will feel that tingle down our spine when in an old church or cemetery. But few will be quite as aware what unearthly terrors lie in wait for them when driving around the UK in the apparent safety of their own vehicles.

“So with Halloween fast approaching we’ve researched the 10 most supernatural UK roads and revealed what apparitions drivers might find – so if you’re prone to a scare, I’d give these spooky streets a wide berth.

“For the bravest believers these roads will represent an opportunity to go on a phantom-filled road trip while even the most sceptical motorist will find these stories chilling to read – either way, it would be sensible to leave your dashcam switched on this Halloween!”

Here are Quotezone.co.uk’s 10 most haunted UK roads and the horrors that haunt them:

At the entrance to Lady Dixon Park there have been many reports of a woman holding a baby jumping out in front of cars but when the drivers stop and get out there is no one to be seen. Legend has it that the woman drowned herself and her baby in the nearby lake and now haunts the park entrance still carrying her baby in her arms.

2. Werewolves – B1249 between Driffield and Staxton Hill, East Riding of Yorkshire

In the 1960s, author Charles Christian described how a lorry driver was left terrified when a red-eyed, hairy creature tried to smash its way through his windscreen as he drove along the isolated road. Then in August 2016, a young woman described seeing a monster which looked “like a big dog, ­probably bigger than my car, but it had a human face” in the nearby village of Halsham.

Over the last few decades, there have been countless reported sightings of ghostly figures in the road amongst Blue Bell Hill. The most reported being that of Judith Langham, a young bride-to-be who was killed in a car collision on the day of her wedding – 19 November 1965 – when she was just 22. According to the reports, she haunts the road wearing a white dress and startles drivers who believe they’ve hit and injured her, yet when they get out of their car to help, she has simply disappeared.

The part of Nine Mile Hill near the gate of Archerton Drive first came to the public’s attention in the early 1920s when a doctor riding a bike suddenly swerved to the side of the road and was tragically killed. A few weeks later a coach mounted the bank by the side of the road after swerving sharply and one woman was badly hurt. The driver told of feeling hands turning the wheel towards the verge, but nobody listened to him. Later the same year an army officer was riding a motorbike and was thrown to the verge in exactly the same place. He survived to tell bewildered onlookers that he had felt huge hairy hands over his own on the handlebars. It wasn’t my fault he claimed, the hands were just too strong.

In 1988 at the time a new road was built across the Peak District to help connect the M1 with the Woodhead Pass and the A1616, it was reported that two security guards witnessed young children playing in the middle of the construction site. As they got closer, the children began to disappear with no footprint evidence left in the trail behind them.

There have been multiple reports at various points along the 230-mile route of the M6 of motorists witnessing Roman soldiers marching across the road. Parts of the M6 run along an old Roman road, built between AD 43 and AD 410 which would have been used by soldiers during the Roman invasion of Britain.

7. The Highwayman – B519 by The Spaniards Inn, Hampstead

A sharp turn in the B519 just before The Spaniards Inn in Hampstead is said to be haunted by an eighteenth-century highwayman. The ghost’s father allegedly owned the pub for a time, and his ghoulish son still paces the road looking to target passing motorists.

Several accidents have been reportedly caused by sightings of the hunched-over figure limping at the side of the road along the Devil’s Highway. Known simply as the A666 ghost, dashcam footage from 2015 revealed a white creature appearing out of nowhere on the deserted road. The video shows the figure slowly approaching a terrified driver while the passenger cries for help. Locals have speculated that the figure could be that of a monk who was executed in a nearby tower in 1643.

A violent storm during the winter of 1879 caused the Old Tay Bridge to collapse while a train was passing over it. The six-carriage train plummeted into the ice-cold waters of the Tay and all 75 passengers on board were tragically killed. According to an old legend, on the anniversary of the disaster each year, a phantom train can be seen crossing the old bridge and locals report hearing the screaming cries of the victims.

Many motorists have reported seeing spooky eyes peering out of the hedges by the roadside, and phantom miners plodding alongside cars or pulling coal wagons behind them. This road in Westhoughton runs close to the site of the 1910 Pretoria pit tragedy which killed 344 miners.

Unfortunately, supernatural incidents aren’t normally covered by car insurance, however some do cover ‘An Act of God’, deemed an event that is not the fault of any individual, such as a natural disaster – most insurance policies do not contain an exclusion for acts of God. The policy will set out what is insured and what the main exclusions are. If loss occurs from an event covered, then the insurer will pay out, in accordance with the policy terms and conditions.