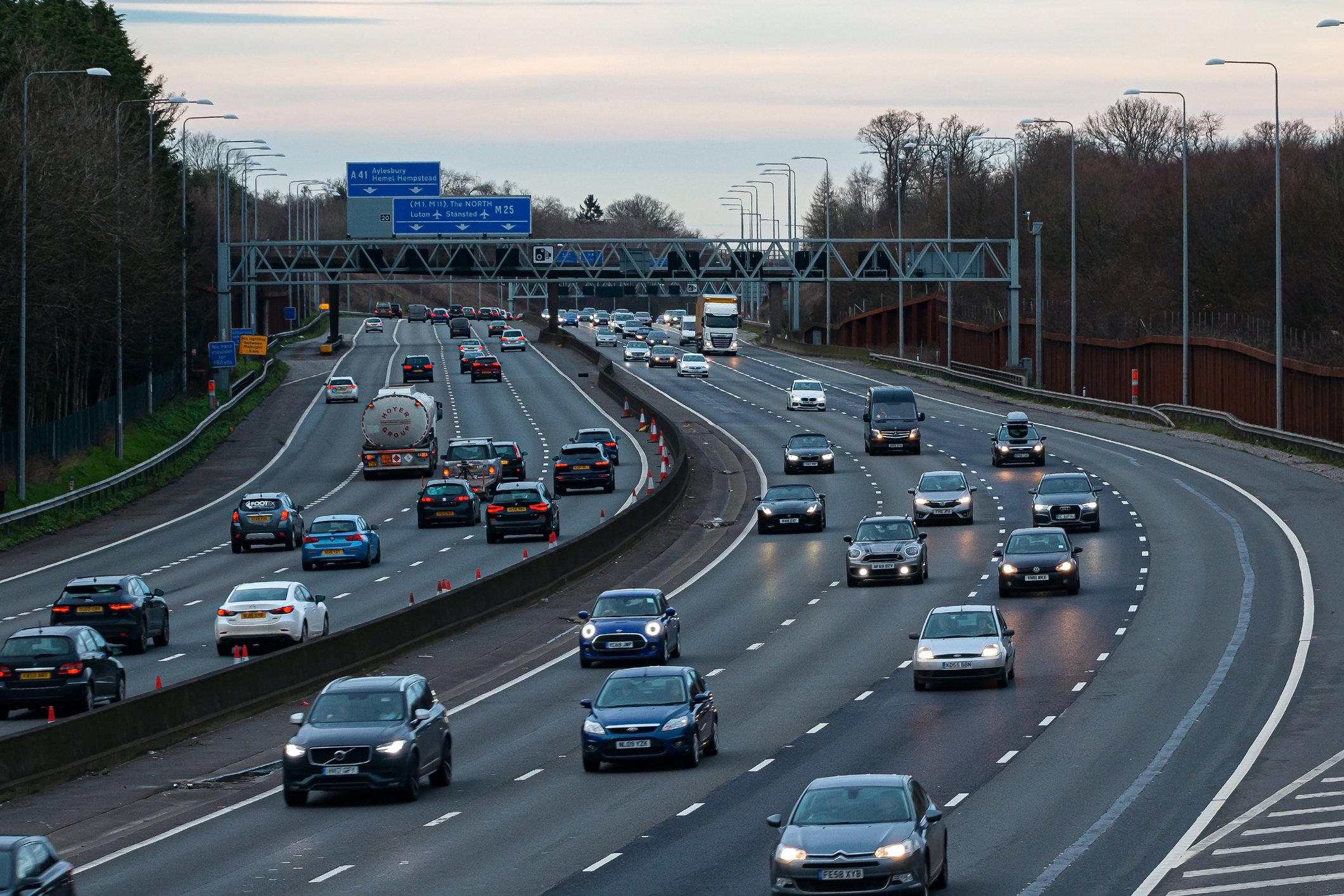 A report by the government into claims made by the National Highways agency over the safety of Smart Motorways has called for more data, while a revised version of the Highway Code is being rolled out to better inform drivers about Smart Motorway rules and regulations.

The Office of Road and Rail (ORR) are calling for more research and monitoring, raising concerns about drawing meaningful conclusions from severely limited data, even though it backed the methodology supporting National Highways’ existing calculations and safety claims.

The report states: “In 2019 there were only 141 miles of ALR motorway, the network having expanded from 29 miles in 2014,” the report states. “This means that only 29 miles of ALR has a full five years’ worth of data associated with it, and much less data are available for the remaining 112 miles.”

The National Highways (formerly known as Highway England) have been called upon by the ORR to be more transparent about the nature of data supporting its safety claims, and to improve the way it communicates changes to driving rules and guidance to domestic and international drivers.

National Highways says it takes all the report’s findings on board, and points to a revised version of the Highway Code which will be published this Autumn containing guidance on using Smart Motorways.

AA president Edmund King, when reacting to the conclusion of the investigation by the ORR and the release of new smart motorway data by National Highways, said: “We are pleased that this further analysis of the performance of ‘smart’ motorways has been made public.

“The ORR report shows that there was a ‘limited amount of data available’, so it is perhaps difficult to fully evaluate the performance of ‘smart’ motorways, hence it will be essential to have continuous monitoring and evaluation.

“We believe that controlled motorways with a hard-shoulder are the safest option and for other stretches, installing more emergency laybys on the existing network, in our view, will help improve both safety and driver confidence.

“Analysis shows that the forecast benefits have not been realised in some places, resulting in slower journey times, lower speeds and lower levels of economic benefit compared to assumptions.

“We are pleased that the investigations into the M6 and M1 collision hotspots, which we raised with DfT and National Highways several years ago, have now been completed and action will be taken to help reduce collisions.”

Reporting on the progress made in the first year since the Department for Transport’s (DfT) stocktake of smart motorways, National Highways promised that all existing stretches of ALR smart motorway will be fitted with SVD by September 2022, meaning broken-down cars will be spotted sooner and lanes can be closed more quickly.

Motoring organisations such as the AA and IAM Roadsmart have welcomed the news, with the former calling for more emergency refuge areas to be installed as a priority, while the latter wants to see re-education courses for drivers who breach red X signs.

Official data covering 2015 to 2019 shows that on average, drivers are 33 per cent more likely to be involved in a fatal accident on a conventional motorway than an all-lane running smart motorways – a cost-effective way of increasing capacity on the UK’s busiest roads – remain a highly controversial innovation, with a number of fatalities occurring when cars have broken down in a live lane and been struck by another vehicle.

Grant Shapps, transport secretary, said: “Despite the data showing that fatalities are less likely on all-lane running motorways than on conventional ones, this doesn’t mean all drivers necessarily feel safe on them.

“That is why I tasked Highways England last year with delivering an action plan to raise the bar on safety measures even higher. This progress report shows the extensive work already carried out, but we want to do more.”

Earlier this year, the Transport Committee launched an inquiry into smart motorways.Tasked with scrutinising the DfT, the cross-party group of MPs is considering the benefits of smart motorways in reducing congestion versus the adequacy of the safety measures currently in place. It is also examining how safety could be improved.

In addition, the investigation is taking into account evidence on whether all-lane running is the most suitable type of smart motorway, how public confidence could be improved and how effective Highways England has been in rolling out smart motorways.

A report that found there were 14 fatalities on smart motorways in 2019 was referenced by the Committee, a figure that’s up from 11 in 2018 and five in 2017. It also pointed to criticism of smart motorways from two coroners investigating smart motorway deaths, one of whom referred Highways England to the Crown Prosecution Service to consider whether corporate manslaughter charges were appropriate.

Secretary of state for transport, Grant Shapps, branded the way in which smart motorways had been rolled out as “entirely wrong”, condemning the fact they “sprung up” without a public information campaign and admitting his surprise at Highways England not having implemented stopped vehicle detection (SVD) technology from the start.
According to Shapps, creating new hard shoulders on all smart motorways would require the purchase of land equivalent to “700 Wembley stadiums”, making it too expensive to get rid of.

The background of smart motorways

A previous ‘evidence stocktake’ into smart motorways by the DfT resulted in dynamic smart motorways – where the outer lane can switch between being a hard shoulder and a live running lane – being abolished.

All-lane running smart motorways, which do not have a hard shoulder, were kept with a commitment to place emergency refuge areas three-quarters of a mile apart where possible, and no more than one mile apart on any new stretches of smart motorway.

Highways England has also committed to installing SVD technology on all stretches of smart motorway. At present, drivers whose cars break down in a live lane without SVD have to wait for a CCTV operator to spot them before the lane is closed.