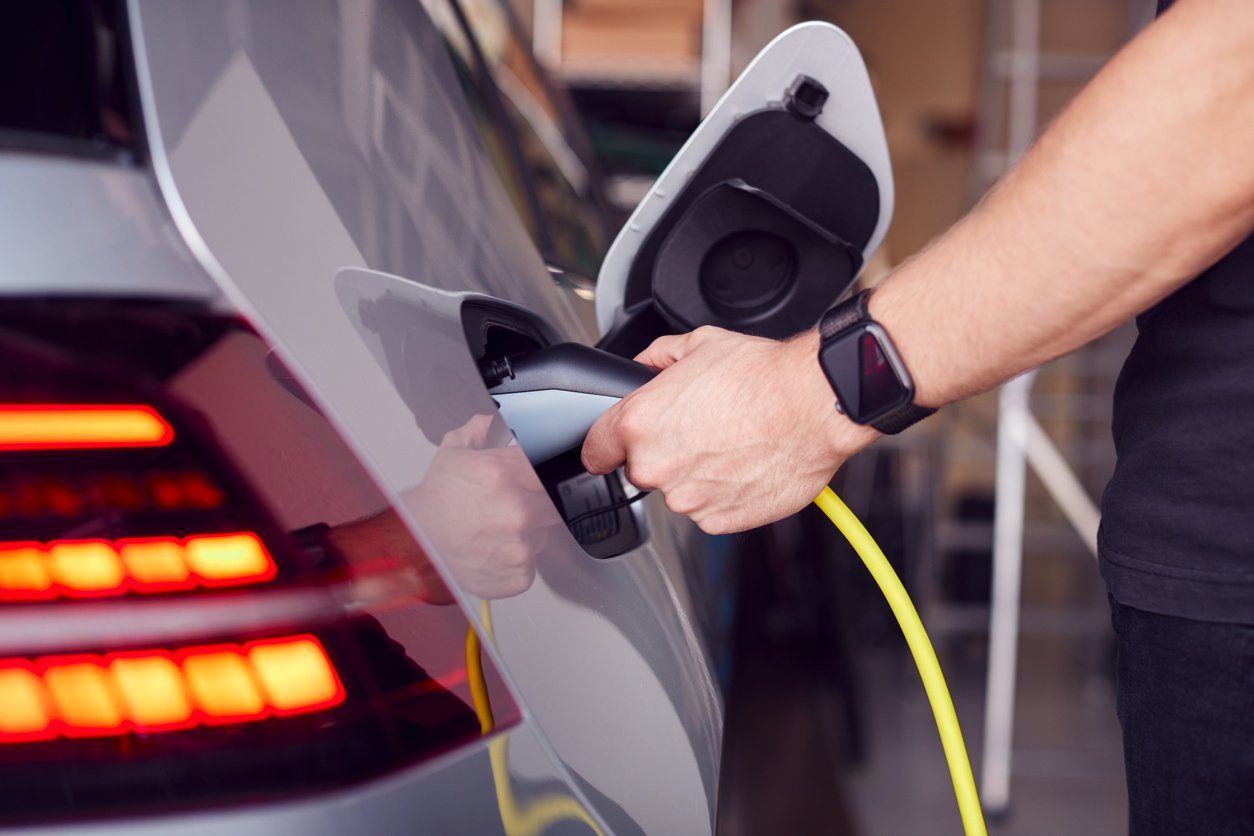 One in seven new cars bought in 2022 will be a pure electric, according to New AutoMotive.

The green motoring consultancy is predicting around 300,000 new battery-powered electric vehicles (BEVs) will be sold next year.

If the projection proves to be correct, new electric car sales are likely to overtake those of diesels in 2022.

According to figures from the Society of Motor Manufacturers and Traders (SMMT), 11% of new cars registered in the first 11 months of 2021 were BEVs, up from 6% during the same period in 2020.

Ben Nelmes, New AutoMotive head of policy and research, said he expects the surge in demand to continue.

“This rapid growth is welcome news, but an additional 300,000 electric cars set against some 32 million internal combustion vehicles on the road falls well short of what is possible and what is necessary.”

From 2030, sales of new petrol and diesel cars and vans will be banned in the UK.

The Government is proposing to require vehicle manufacturers to sell a certain percentage of zero-emission cars and vans from 2024 under plans to reach net-zero carbon emissions.

Mr Nelmes said it is “crucial” that the requirement is set at a level that “sends a strong policy signal that enables manufacturers to scale up the production and sale of electric cars”.

In 2021, government grants for new electric cars were reduced twice.

In mid-December motorists saw the amount of cash they can claim towards the cost of a plug-in car cut from £2,500 to £1,500.

The Department of Transport said the decision to reduce grants enabled the scheme to “help more people”.

He also warned that the “biggest obstacle” to greater uptake is that on-street public charging infrastructure “hasn’t kept pace” with demand.

“Growing the charging network, and providing generous incentives to reduce the total cost of EV ownership, will sustain that demand and ensure the UK receives ample allocation of the latest zero-emission vehicles,” Mr Hawes said.

Jim Holder, editorial director of magazine and website What Car?, said electric cars “can work for the majority of buyers now”.

But the UK is taking a “more laissez-faire” approach to them than countries such as Norway, where they are heavily incentivised and there has been a “clear strategy” to improve the charging network, he told PA.

“Beyond setting a 2030 date for all new car sales to be electrified and announcing a patchwork of charging investments, the Government’s strategy has been far more haphazard, including the recent decision to reduce grants available to EV buyers again.

“While there may be a financial reality to having to cut back on incentives, these mixed messages do nothing to help drive uptake of the new and typically more expensive vehicles.”

Transport minister Trudy Harrison said: “The market is charging ahead in the switch to electric vehicles.

“This, together with the increasing choice of new vehicles and growing demand from customers, means that we are re-focusing our vehicle grants on the more affordable vehicles and reducing grant rates to allow more people to benefit, and enable taxpayers’ money to go further.

“We want as many people as possible to be able to make the switch to an electric vehicle, which is why we will also be introducing new rules to make it easier to find and pay at charge points.

“This will ensure drivers have confidence in our charging infrastructure, as we look to reduce our carbon emissions, create green jobs and level up right across the UK.”