Poor state of local roads is number-one concern for drivers

Problems with road surfaces, such as potholes, remains the number-one gripe for the majority of drivers. 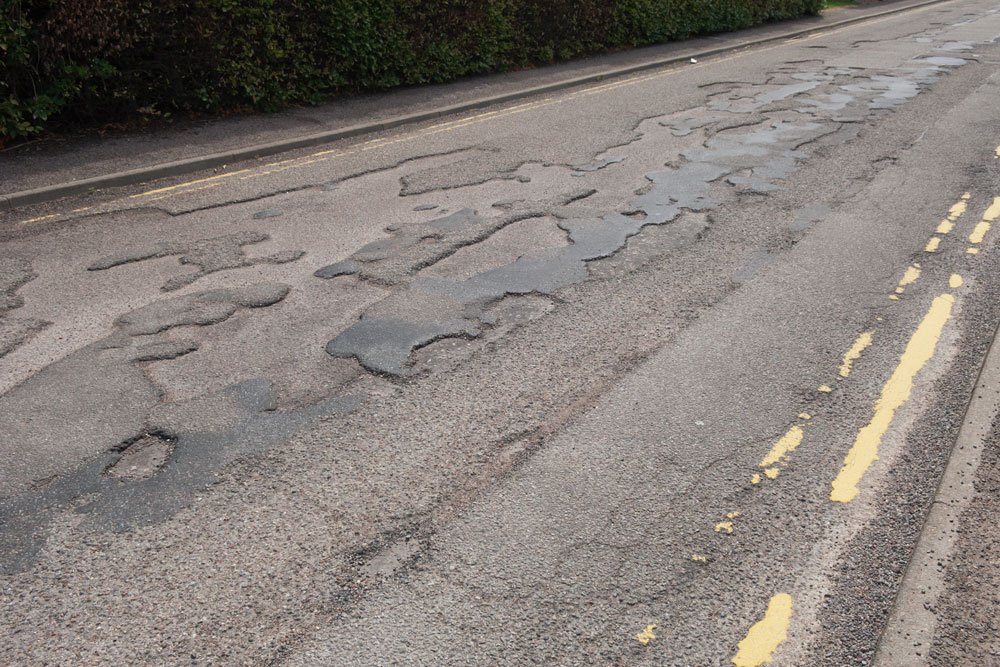 The poor state of local roads is the UK’s most widespread motoring concern in 2020, despite a dramatic fall in car use seen during the early stages of the COVID-19 pandemic.

Research carried out for the RAC’s annual Report on Motoring found 38% of 3,068 drivers surveyed – representing the equivalent of 15.2m people – listed the condition and maintenance of local roads as a concern, up from 33% in 2019, putting it ahead of other issues such as drivers using handheld phones (32%), the poor standard of other motorists’ driving (27%) and the aggressive behaviour of other drivers (26%).

This year’s research highlighted an increase in the number of drivers who say local roads have deteriorated with 52% saying conditions are worse than 12 months ago, compared with 49% who said this in 2019. Only 6% of drivers think the state of local roads has improved, a dramatic fall on last year’s 11%.

These national findings correlate with the RAC’s own data which shows that the third quarter of 2020 – July, August and September – saw 1,871 call-outs for damaged shock absorbers, broken suspension springs or distorted wheels – breakdowns that are most likely to have been caused by poor road surfaces. This is the highest third-quarter percentage of all RAC breakdowns seen since 2015.

The Pothole Index, which is the RAC’s most accurate long-term indicator of the health of the UK’s roads, now stands at 1.57. This means drivers are nearly 1.6 times as likely to suffer a pothole-related breakdown as they would have been in 2006 when the data was first analysed in this way.

Those based in rural areas are more likely to say local roads have worsened (59%), as are older drivers, with 62% of those aged 45 and over saying conditions have deteriorated. Meanwhile, more of those living in London (10%) and other urban centres (12%) think the state of local roads is better in 2020 when compared to the previous year.

For the overwhelming majority who say conditions have deteriorated, problems with road surfaces, such as potholes, remains the number-one gripe for 97% of drivers. But this year there has also been a sharp increase in complaints related to other factors such as the visibility of signage (cited by 46% of drivers in 2020, compared with just 17% a year ago), the amount of roadside litter (35%, up from 23%) and a lack of grass and/or foliage maintenance (34% up from 22%).

RAC head of roads policy Nicholas Lyes said: “While in last month’s Spending Review the Chancellor committed £1.1bn to local roads maintenance in 2021-22, including £500m to fix potholes and resurface roads, we continue to call for a long-term funding strategy for local roads under local authority control to improve and guarantee their condition into the future. The emphasis shouldn’t just be on filling potholes but carrying out proper maintenance that prevents them from occurring in the first place.”