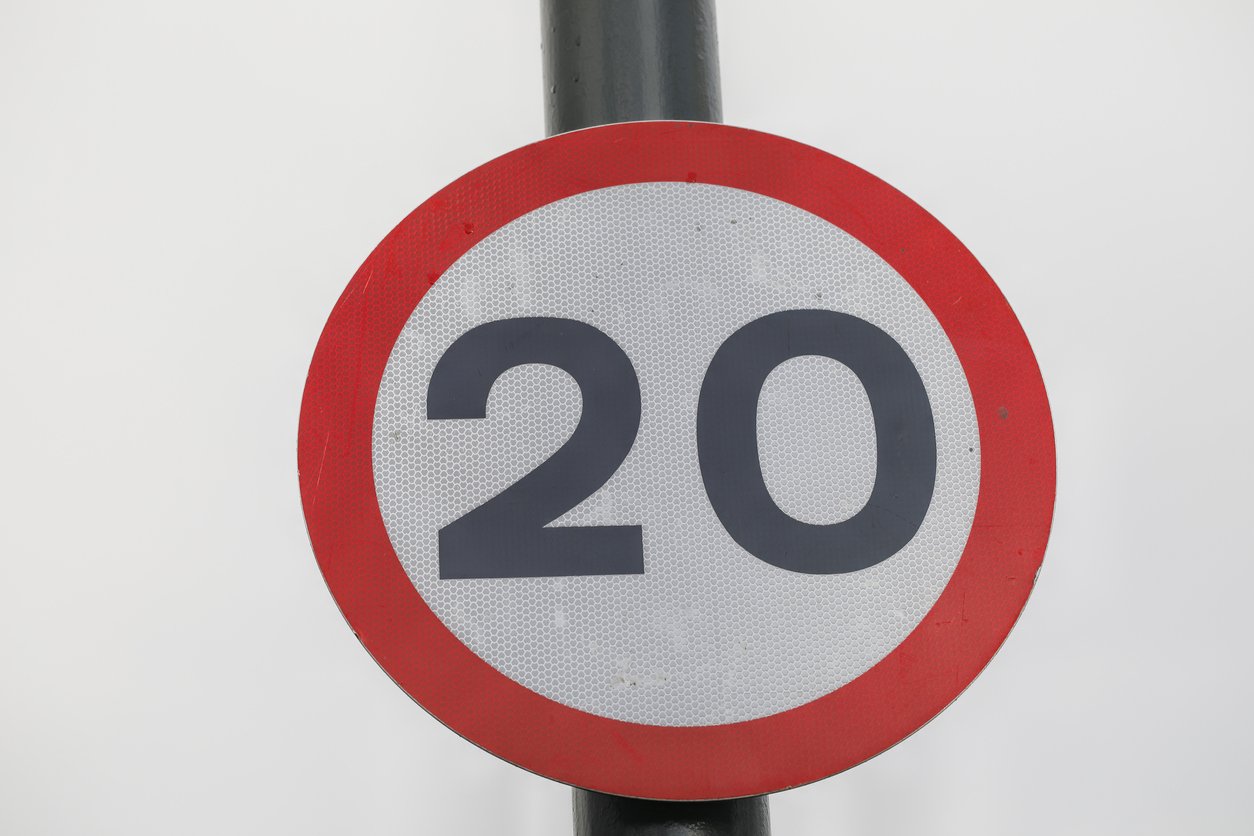 A new report suggests that reducing speed limits on urban roads to 20mph does not significantly improve safety.

In the UK and parts of Europe, schemes to reduce road traffic speed in certain areas have become increasingly popular in an attempt to improve safety.

At traffic speeds of 30-40mph, the risk of pedestrian fatalities are up to 5.5 times greater than at speeds of 20-30mph.

However, in Belfast a three-year study of a 20mph rollout suggests the measure has not made much difference, except for reducing traffic volume.

Researchers from Edinburgh, Queen’s University Belfast, and the University of Cambridge collected data on traffic collisions, casualties, driver speed and traffic volume before a 20mph limit was introduced, as well as one and three years afterwards.

When compared with the sites that had retained their speed limits, analysis showed that a 20mph speed limit was connected with little change in short or long-term outcomes for road traffic collisions, casualties, or driver speed.

Over the span of one and three years after the policy took effect, there were small reductions in road traffic collisions of 3 percent and 15 per cent, respectively.

The researchers stated that there were no statistically significant difference over time.

Similarly, casualty rates fell by 16 per cent and 22 per cent, respectively, one and three years after implementation – but these reductions also weren’t statistically significant.

Average traffic speed fell by just 0.2mph one year, and by 0.8mph three years after roll-out.

Traffic volume was the only significant decrease, with 166 fewer vehicles per week observed during the morning rush hour following the 20mph implementation.

Writing in the Journal of Epidemiology and Community Health, the researchers said: “Our findings showed that a city centre 20mph intervention had little impact on long-term outcomes including road traffic collisions, casualties and speed, except for a reduction in traffic volume.

According to the team, previous research has suggested a 20mph speed limit should be supplemented with other interventions such as driver training, CCTV, community speed watch and police communication.

They added: “Such success may then have the capacity to facilitate an ambitious culture change that shifts populations away from the car-dominant paradigm and help us recognise that 20mph speed limits are not simply a road safety intervention, but instead part of the fundamental reset of the way we choose our life priorities—people before cars.”

The team claimed that their findings are in line with separate research conducted in Belfast, which found that members of the public saw ‘little change in traffic speed following the implementation of the 20mph speed limit.’

Meanwhile back in 2017, Manchester City Council withdrew funding for a 20mph speed limits based mainly on the fact it made ‘no difference to speed or accidents.’

However, there were significant reductions in collision rates in Edinburgh and Bristol.

Something that could explain why the number of crashes and casualties did not improve is that the results suggest that drivers hardly slowed down at all.

RAC road safety spokesman Simon Williams said: “The findings of this study are surprising as they appear to suggest that drivers on 20mph roads in Belfast hardly slowed down at all, despite the lower speed limit, which is at odds with other reports.

“It seems there is a serious problem with compliance as we would expect that even without enforcement, average speeds would drop.

“Consequently, the study may demonstrate a need for councils to find other ways to get drivers to slow down, whether that’s through enforcement or modifying road design with traffic islands, well-designed speed humps or chicanes.”

She went on: “It is a matter of physics. At speeds of 20mph or less, drivers have significantly more chance to spot hazards and stop in time.

“The difference between a 20mph limit and a 30mph limit is a doubled stopping distance.”