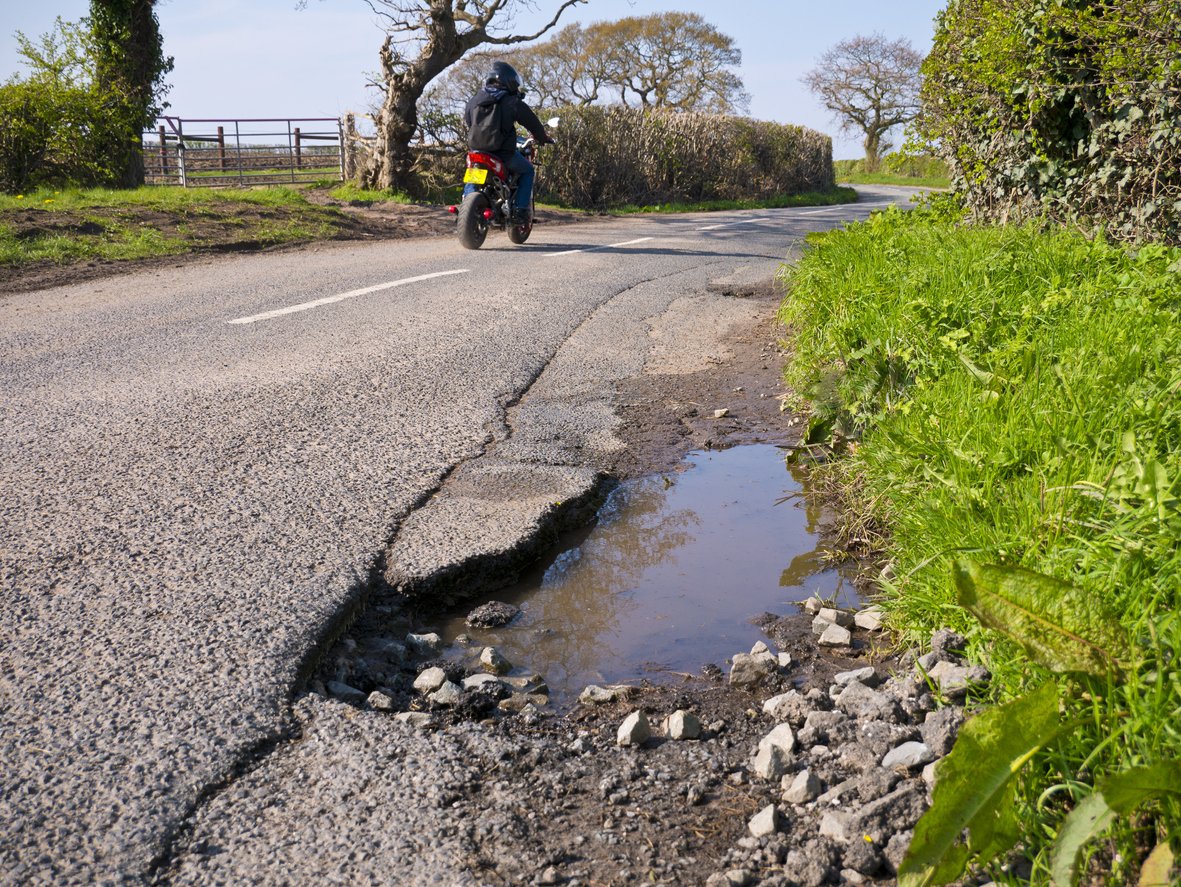 As Road Safety Week is in full swing, several organisations are calling on the Government to invest more into road services.

In their new research, the Department for Transport states that there has been a rise in local toads needing urgent repair.

These roads – for local users rather than traffic passing through that compromise around 60 percent of all UK roads – present the greatest concern, with 17 percent of road surfaces in need of immediate attention.

Based on local authority assessment of roads across England during 2019-2021, the survey shows A, B and C roads have generally remained in good condition during the pandemic.

The survey reveals that six percent of B and C – minor – roads are in need of urgent repair and the state of these roads has remained stable throughout lockdown.

Even though only four percent of major roads are classified as being in need of immediate repairs, the situation has worsened in the last two years across the pandemic – after improving over the past decade.

According to the research, drivers in the south east are most likely to spot inadequate road surfaces for A roads, with 4.7 percent classified as “red roads” and are in need of immediate repair.

In addition, the north west is the hot spot for poor road surfaces for B roads at 7.2 percent. The south west has 9.6 percent of C roads which are in need of repairs.

Founder of Quotezone, Greg Wilson, commented on the statistics and what it could mean to drivers around the UK.

He said: “I’m pleasantly surprised that the condition of our most commonly used roads have been so well maintained throughout lockdown, although a reduction in traffic volumes may have helped keep damage to a minimum.

“It’s interesting to see that local roads are the only areas to deteriorate across the pandemic – perhaps due to various lockdowns and staff shortages they were harder to maintain.

“The condition of many roads is not just a bugbear for England’s motorists, poor road conditions affect driver safety and can increase claims rates which in turn can push insurance premiums up for all drivers in the affected area.

“While incidents like a pothole damaging their car’s suspension should be covered by their insurance, if loose material cracks their windscreen, that won’t always be covered by every car insurance policy.

“In addition, a driver’s premium may well rise after they claim for damage caused by poorly maintained roads, and their no claims bonus will usually be affected as well.”

“But as driving levels increase to normal, and as some of us might feel out of practise, it’s vital that we’re extra vigilant when behind the wheel.

“In fact, our research found that 4.6 million drivers have had an accident or near-miss since the pandemic started.

“To help drivers feel more at ease, our guides provide drivers with some tips on how to stay safe on the roads.”