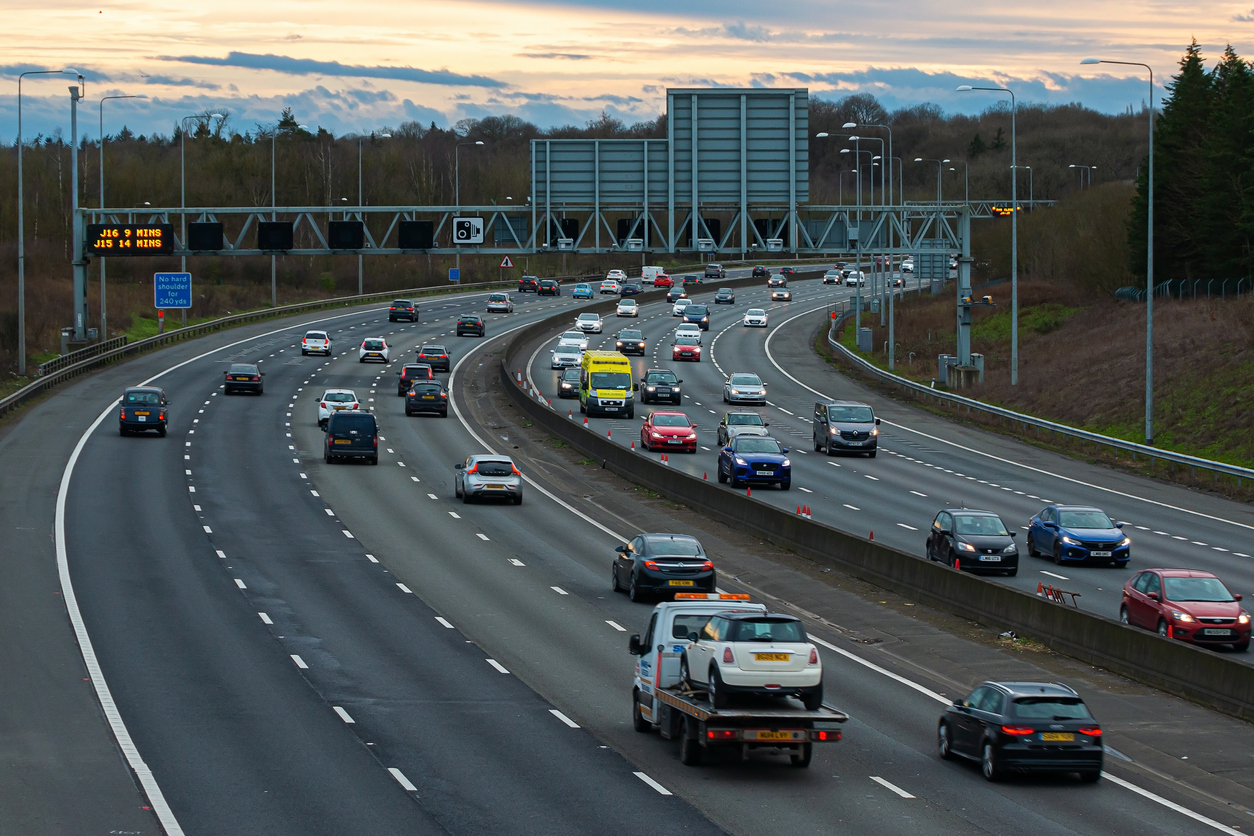 After a poll of customers revealed that more than 80% thought smart motorways were unsafe or could be improved, Licence Check has added its voice of growing calls for them to be overhauled.

Part of the Ebbon Group, the licence checking and risk management specialist surveyed its customer base, asking for their opinion on all-lane running motorways, which no longer feature a traditional hard shoulder or those which have a dynamic hard shoulder that converts to an additional traffic lane at peak times.

Fewer than one in five (17%) thought that they were safe.

Similar findings were found in a new Transport Select Committee report which concluded there was not enough safety and economic data to justify continuing with the Government’s plans to roll out an additional 300 miles of all-lane running motorway by 2025.

The report stated that Government plans to remove the hard shoulder from all future smart motorways were premature and that it should pause the rollout of new all-lane running schemes until five years of safety and economic data was available for every scheme introduced before 2020.

The body responsible for the nation’s motorways, National Highways, is trying to convince motorists of the safety of smart motorways with its biggest ever motorway safety campaign advising them to “Go left” if they get into difficulties with their vehicle and seek an emergency refuge area (ERA).

General manager at Licence Check, Terry Hiles, said that a review by the Department for Transport (DfT) had made a series of recommendations regarding smart motorways, but that they were some way off from being implemented.

“These include converting dynamic hard shoulder motorways to all-lane running, rather than having a hard shoulder which can be switched on and off during peak times, as this was deemed too confusing for motorists,” he said.

“They also suggested relocating the ERAs so that they are no more than ¾ to 1.0 miles apart. However, these recommendations are not set to come in for another three years and until then the existing concerns remain.”

According to critics the ERAs are inconveniently spaced, typically 1.5 miles apart, and that anyone breaking down or being involved in an accident has little chance in reaching them unaided. According to a BBC Panorama investigation, some 38 motorists have been killed on smart motorways in the last five years.

Meanwhile, records show that there has been a 20-fold increase in the number of near-misses – an incident with the potential to cause injury or ill health – on just one section of the M25, since the hard shoulder was removed.

The RAC, a motoring organisation, and Brake, a safety charity, are among bodies that have voiced concerns about the current system of operation on smart motorways.

Along with the RAC, the AA have also urged Highways England to increase the use and coverage radar technology to identify broken down vehicles, after evidence showed that it can take up to 17 minutes to identify a breakdown.

The AA has also advised that its patrols will not attend breakdowns on smart motorways as Hiles said: “Clearly our customers echo our reservations about the overall safety of smart motorways.

“If you are unlucky enough to break down or be involved in an incident on a smart motorway you are faced with some unappealing choices.

“Where possible, you should attempt to use an ERA, which is marked with a large blue sign featuring an orange SOS telephone symbol.

“Arrows will direct you into an indicated area, where you should stop and switch on your hazard warning lights. Occupants should then exit the vehicle from the passenger side and stand behind the crash barrier, while the driver should phone Highways England who will provide further instructions.

“If you are unable to reach the nearest ERA, you should try to move on to the verge if there is no safety barrier and it is safe to do so. In all cases, switch on your hazard warning lights.

“If you are forced to stop in the nearside lane, exit your vehicle via the nearside and wait behind the safety barrier, if there is one.

“If it is not possible to get to the nearside lane or exit your vehicle safely, then you should stay in your vehicle with your seat belt on and dial ‘999’ if you have access to a mobile phone.

“When the relevant highways authority becomes aware of a breakdown or an incident they should switch on a red cross sign on the gantries above the lane you’re in to stop traffic from entering it.”