The car makes and models that are going extinct 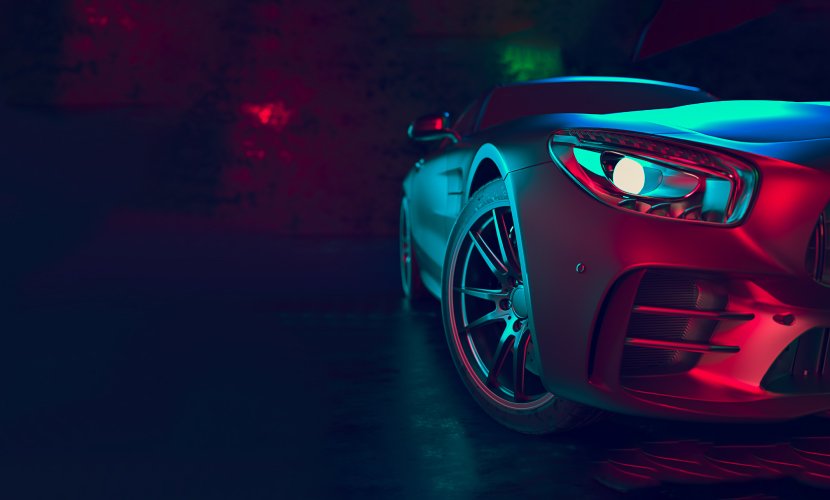 The car industry is always evolving, with a constant production line of innovative models. While some dependable classics can outlive any newcomers, others fall by the wayside. Some cars that were mainstays on British roads are now nowhere to be seen, but which have declined in popularity the most? And which are the rarest cars around?

Some are high-end supercars, of which only very small numbers were ever created. But others that were once common sights on the road, have now become classic cars. So much so that they sometimes require specialist car insurance.

Here’s a look at the vehicles that’ve seen their numbers decrease the most in recent years and the ones with the fewest models left.

There are currently 41 different car models in the UK that have just 1 vehicle left licenced in the UK. The list includes high-end supercars such as the Lamborghini Centenario and Maserati MC12, alongside lesser-known models from years gone by.

Others are foreign vehicles that are better known by other names here in the UK. For example, the Opel Omega, is known in the UK as the Vauxhall Omega.

Also listed is the Aston Martin DB1. According to data, just 15 models were sold in the UK between 1948 and 1950, with just 1 currently licenced.

A further 22 vehicles have just 2 surviving models in the UK, including the Nissan President and Vauxhall Manta.

Cars that have seen the biggest decline

The Brava is the twin to the Fiat Bravo and is a small 5-door fastback, family car. The last one was produced in 2003.

At the time, the Brava was pitched as a futuristic car, but this look was actually received negatively by critics. That being said, the Brava was championed by Jeremy Clarkson on Top Gear, way back in 1995. He said of the Brava/Bravo at the time: “This is how an ordinary car can look if you put a bit of effort into it. A good-looking car, that’s nice to drive and cheap to run too.”

After being discontinued, the Brava was replaced by the Fiat Stilo, which was then also discontinued in Europe in 2007.

In second is the Daewoo Lanos, that has seen its numbers dwindle by 93.55% over the last decade, with just over 1,000 remaining.

The Lanos was a compact car that ceased production in 2002, although it continued to be made under licence in some countries, such as Vietnam and Egypt, until 2020.

The Lanos prioritised reliability over any fancy features but was a popular car in its day, with over 16,000 models in 2012. It’s since been replaced by the Daewoo Kalos, which is a rare sight on British roads these days too, with just 1,368 remaining.

Third is the Kia Shuma, another car that ceased production in the early 2000s. Like others on this list, the Shuma was sold as a value option, with a focus on reliability and practicality.

Better known as the Kia Mentor here in the UK, over 4,000 existed under the Shuma nameplate as of 2012. That number has dropped by over 93% over the years and now stands at 278 cars.

Brands that have seen the biggest decline

In terms of brands, Daewoo is the manufacturer that’s disappeared from our roads the most over the last decade. You might recognise the brand best nowadays for manufacturing electrical appliances.

Daewoo vehicles were popular due to their affordability, as well as their policy of offering free servicing on new vehicles for the first 3 years. However, the brand hit financial difficulties and sold most of its assets to General Motors, who stopped using the brand name in 2011.

Many of their vehicles were designed by the famous car designer Giorgetto Giugiaro, who created models like the Matiz, Nubira and Leganza.

Proton is a Malaysian car brand that originally sold rebadged versions of Mitsubishi cars in the 80s and 90s. It was initially Malaysia’s only badged car company until Perodua came along with a mixture of locally-made and rebadged cars.

The UK was Proton’s biggest export market, once holding the record as the fastest-selling new car brand in the country. However, sales here stopped in 2016, which explains why numbers in the UK have fallen by around 80%.

Sales were initially strong, and a 1999 survey placed Proton as one of the UK’s most reliable brands. Despite this, data shows that car sales started to decline in 2010.

The company considered a revamped range of vehicles in the UK, but this was cancelled due to stringent EU emissions and safety regulations. However, the brand remains popular in other countries, such as Thailand, Egypt and its home country, Malaysia.

The Saga is one of Proton’s best-known models.

One of the most well-known brands to see its numbers fall is Rover. There are still over 100,000 Rovers in the UK, but that number has dropped by about 3 quarters in the last decade.

Known for its iconic Viking longship logo, Rover was a huge name in the UK, despite a somewhat turbulent history.

Starting out as a bicycle maker in 1878, Rover went on to make cars from 1904. This continued for over a century. During that time, the British automotive marque was owned by British Leyland, BMW, MG and Land Rover, but the brand always retained it’s identity.

The rights to the marque are still owned by the Jaguar Land Rover group, but the Rover company was discontinued in 2005.

Cars that have increased in popularity

Despite some decline in numbers, other vehicles have gone from strength to strength over the last 10 years. Looking specifically at the 100 most popular cars of 2012, here are the ones that have seen their numbers increase.

Since then, its numbers have more than quadrupled and more models have been introduced. These include the all-electric Fiat 500e, that joined the range in 2013.

Another vehicle to have grown in popularity over the last decade is the Nissan Qashqai. The Qashqai is a compact crossover SUV that launched in 2006.

It’s had 2 new versions released since 2012, the J11 in 2013 and the J12 in 2021. The Qashqai was one of the first true crossover SUVs when it originally hit our roads and it seems like it’s popularity has only increased over time.

Built here in the UK, it’s an affordable option for those looking for a family crossover and is also known for its impressive safety kit.

The Hyundai i10 has seen its numbers increase by 228% since 2012, with British car buyers clearly loving this city car.

There’ve been 2 new generations launched since 2012, with the vehicle now in its 3rd generation.

It was initially only available as a 5-door hatchback, with a 4-door sedan option following in later years.

“Classic or rare cars with historical importance, such as racing associations or pioneers of new technology, can be a smart way to invest. This is because such rare cars often increase in value, allowing owners to earn a profit from their car if they choose to sell.

“However, finding a rare car for sale can be uncommon, with only a handful of certain models available in the UK. If you’re looking to own a rare car, you could consider networking with other collectors and enthusiasts. Attending events, such as car shows, can give you the opportunity to meet others who may be able to help you with future purchases. If events aren’t for you, you could research through channels such as specialist websites, magazines, forums and even online auctions.

“If you manage to track down your dream rare car to buy, you are likely to find a high price tag attached! As well as the initial cost of the car, it’s also important that you consider the cost of car insurance. Car insurance for such rare vehicles is often more expensive than the average car. This could be due to the value, or the likelihood of theft of such a rare car. For older models, it’s also likely the security features won’t be as up to scratch as modern cars. Therefore, it is vital to compare car insurance prior to purchase to avoid any surprise costs.”

Figures refer to the number of each generic model name that are licensed in the UK as of Q1 2022 and include vehicles that are registered as being off the road (SORN).

These were then compared against the number of licensed vehicles 10 years previously, in Q1 2012.

All figures relate just to vehicles with their body type listed as “cars”. However, there were multiple examples within the data of vehicles such as motorcycles and vans being incorrectly listed as “cars”, so these were removed.