The cheapest and most expensive cars to learn to drive in 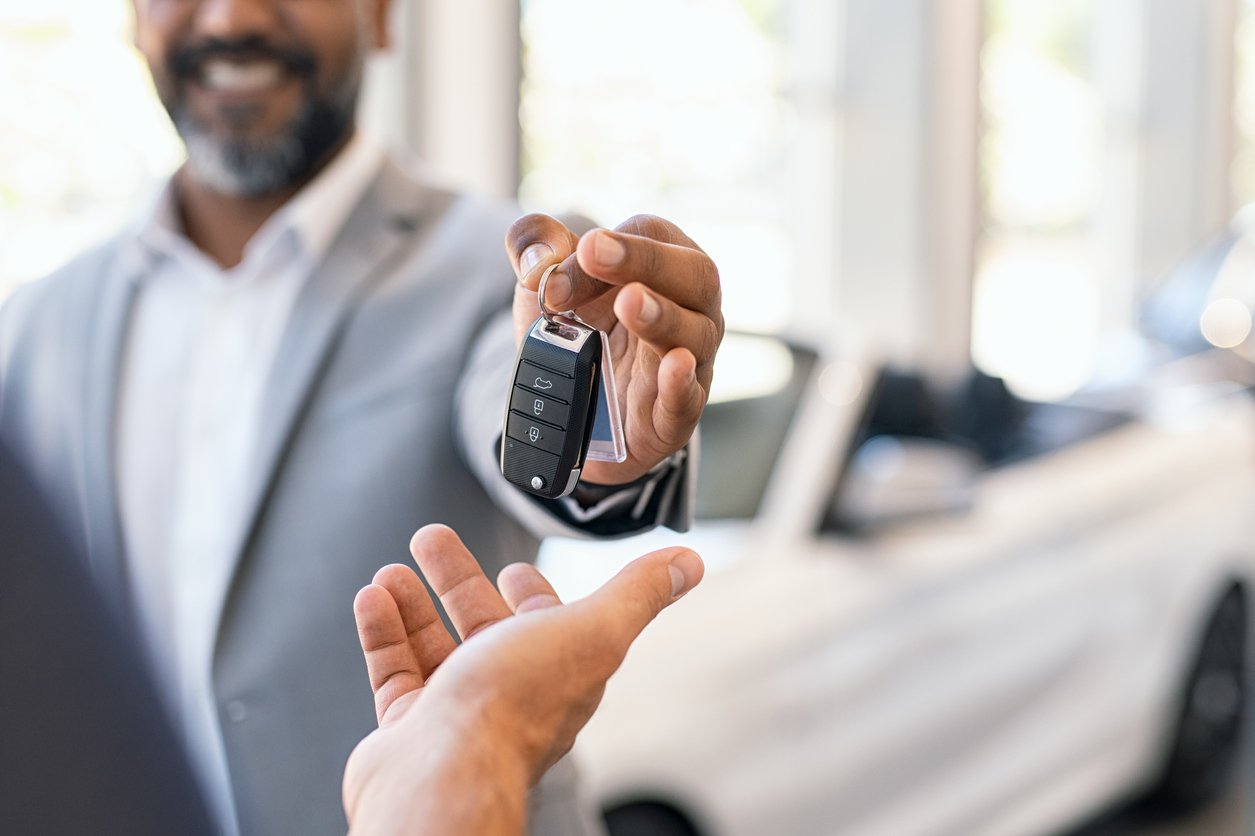 Moneybarn, a vehicle finance company, have conducted their own research to find the cheapest car for learners to buy.

Which vehicles are the cheapest when you’re a new driver? Which ones should you definitely avoid?

To find out, the company compared the 20 most popular vehicles on the following factors:

The cheapest cars for learner drivers

1. Vauxhall Corsa: £6,411 annual cost
Taking all of the costs into account, the Vauxhall Corsa comes out as the cheapest car for learner drivers, at an annual cost of £6,411. The Corsa was by far the cheapest vehicle when it came to finance repayments and is considered a good learner car that’s often used by driving instructors. 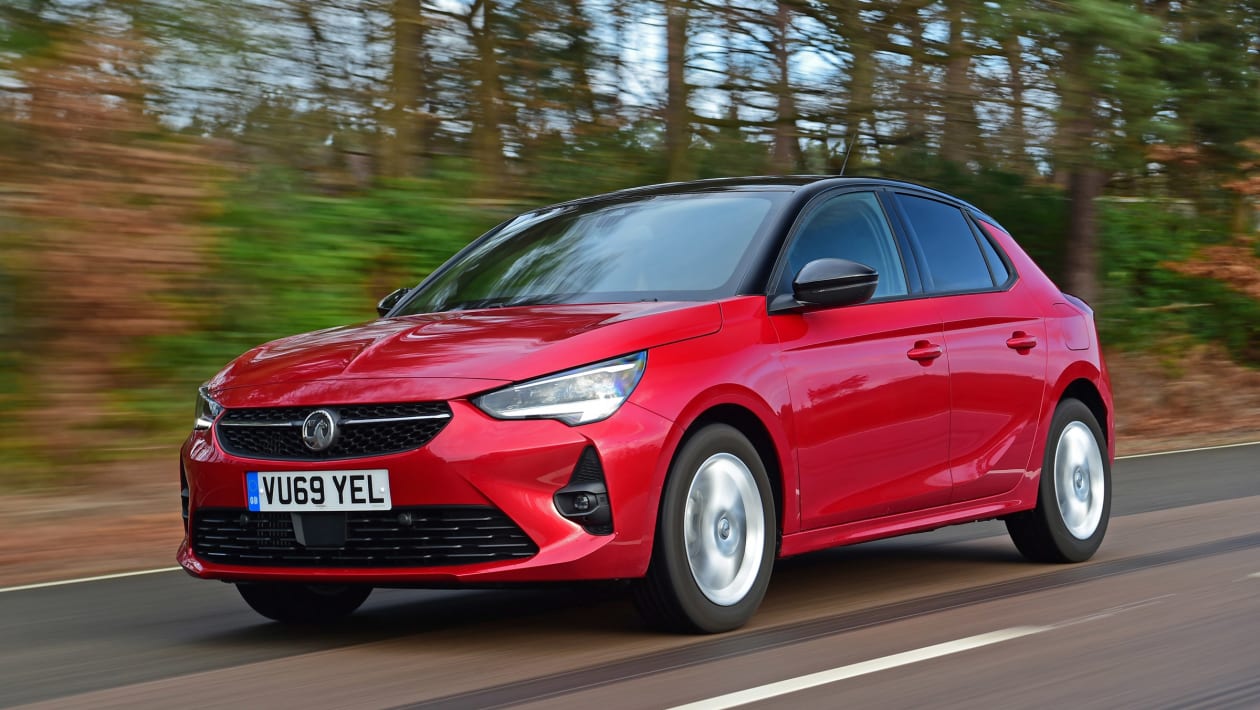 2. Renault Clio: £6,999 annual cost
The Renault Clio takes second place, coming in at just under £7,000 for the first year. The Clio was one of the cheapest cars to insure and buy and is a popular car amongst learner drivers. 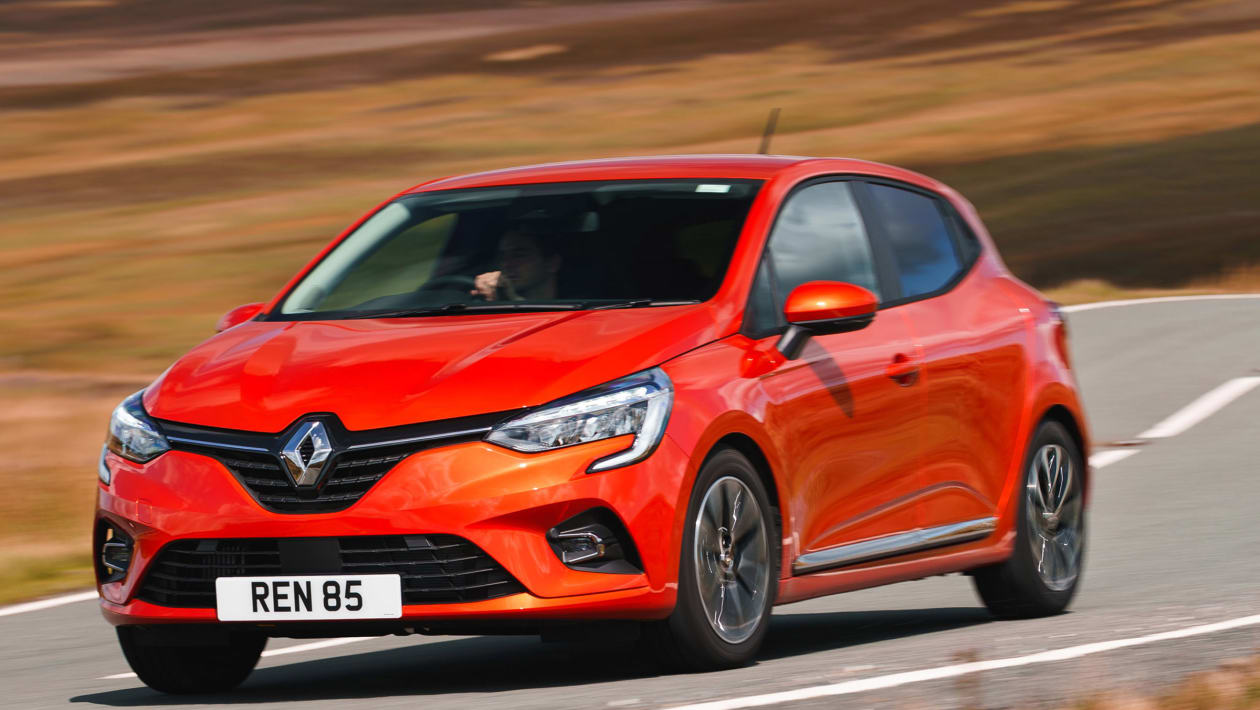 3. Vauxhall Astra: £7,039 annual cost
Another hatchback takes third place, with the annual cost to learn in a Vauxhall Astra coming in at £7,039. The Astra is another solid option for those learning to drive, as a capable, comfortable and efficient all-rounder. 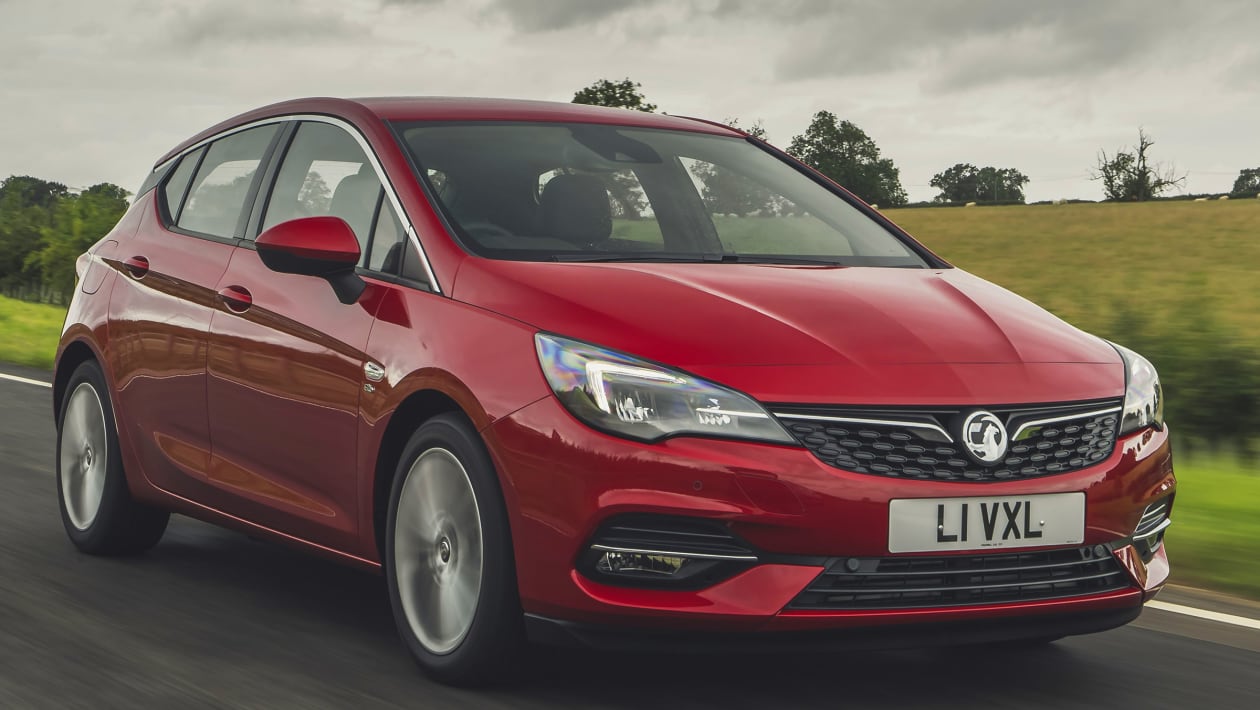 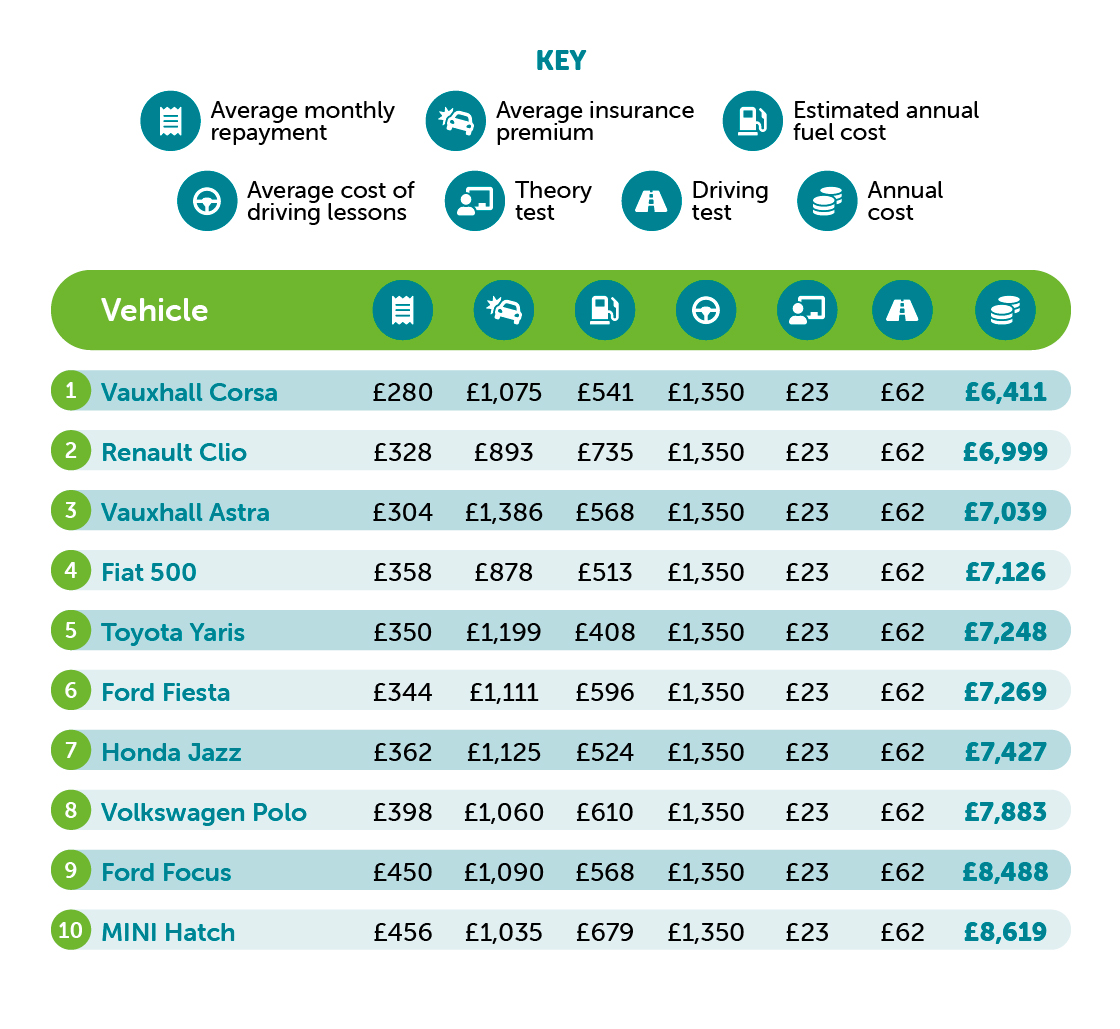 The cheapest learner cars for…

If you’re going to be buying your own car once you pass, you’ll want to make sure that you’re getting the best deal possible, and the cheapest car when it comes to finance payments is the Vauxhall Corsa, with an average price of £280 per month. The Corsa is a good all-round choice for learners that’s also fun to drive and it’s also great value.

Insurance can be high for new drivers, so if you’re looking to save in this regard, then the Fiat 500 came in as the cheapest option, at £878 per year. The 500 is a small city car that has been on the market for over 50 years and its small size makes it ideal for learners.

Fuel is another big cost that you’ll have to get used to as a new driver, and the best value of the most popular cars in the country when it comes to fuel is the Toyota Yaris. The Yaris has an average cost of £408 per year, with its cheapest variations all featuring petrol hybrid engines, which help to keep costs down. 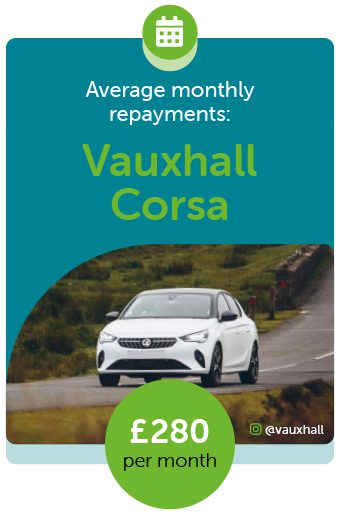 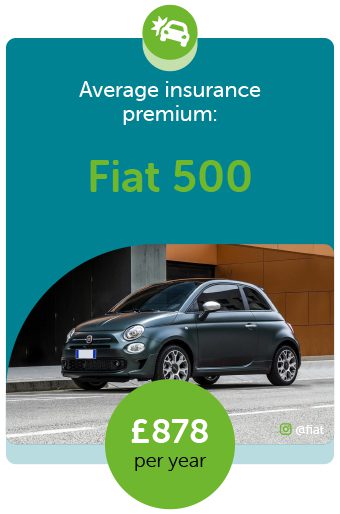 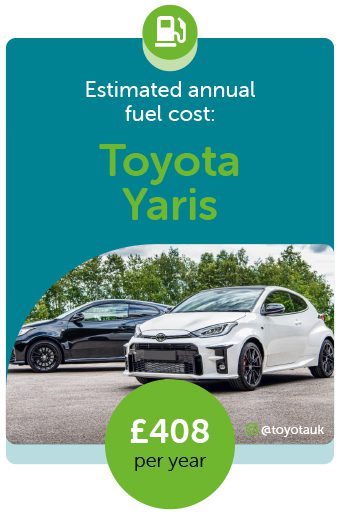 The most expensive cars for learner drivers

2. Mercedes-Benz C-Class: £14,485 annual cost
It’s not surprising to see executive cars such as the Mercedes C-Class among the most expensive to learn to drive in, with the C-Class having an average cost of just under £15,000 for the year. If you’re lucky enough to be able to afford it, this is one of the most popular compact executive cars on the market for good reason, although maybe not the best for a novice to learn in.

3. Audi A4: £14,069 annual cost
Another German compact executive car takes third place, with the Audi A4 costing £14,069 on average for a year. Like the Mercedes C-Class, it’s one of the best sellers in its class but doesn’t exactly lend itself to a new driver. 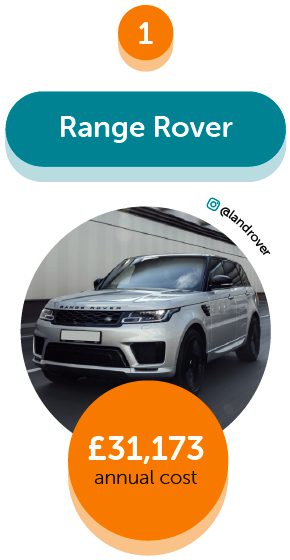 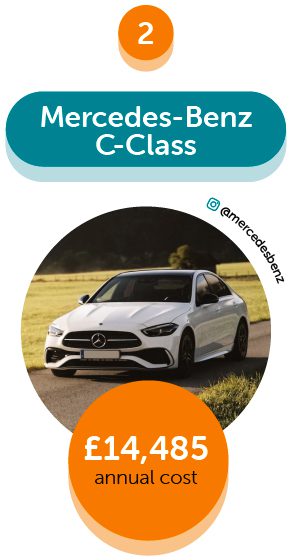 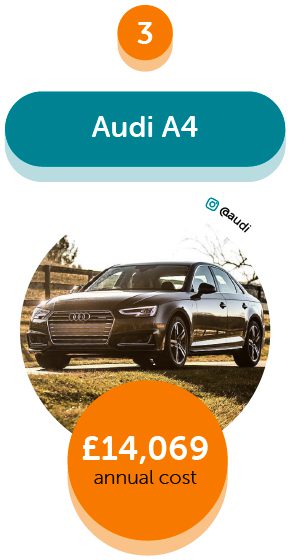 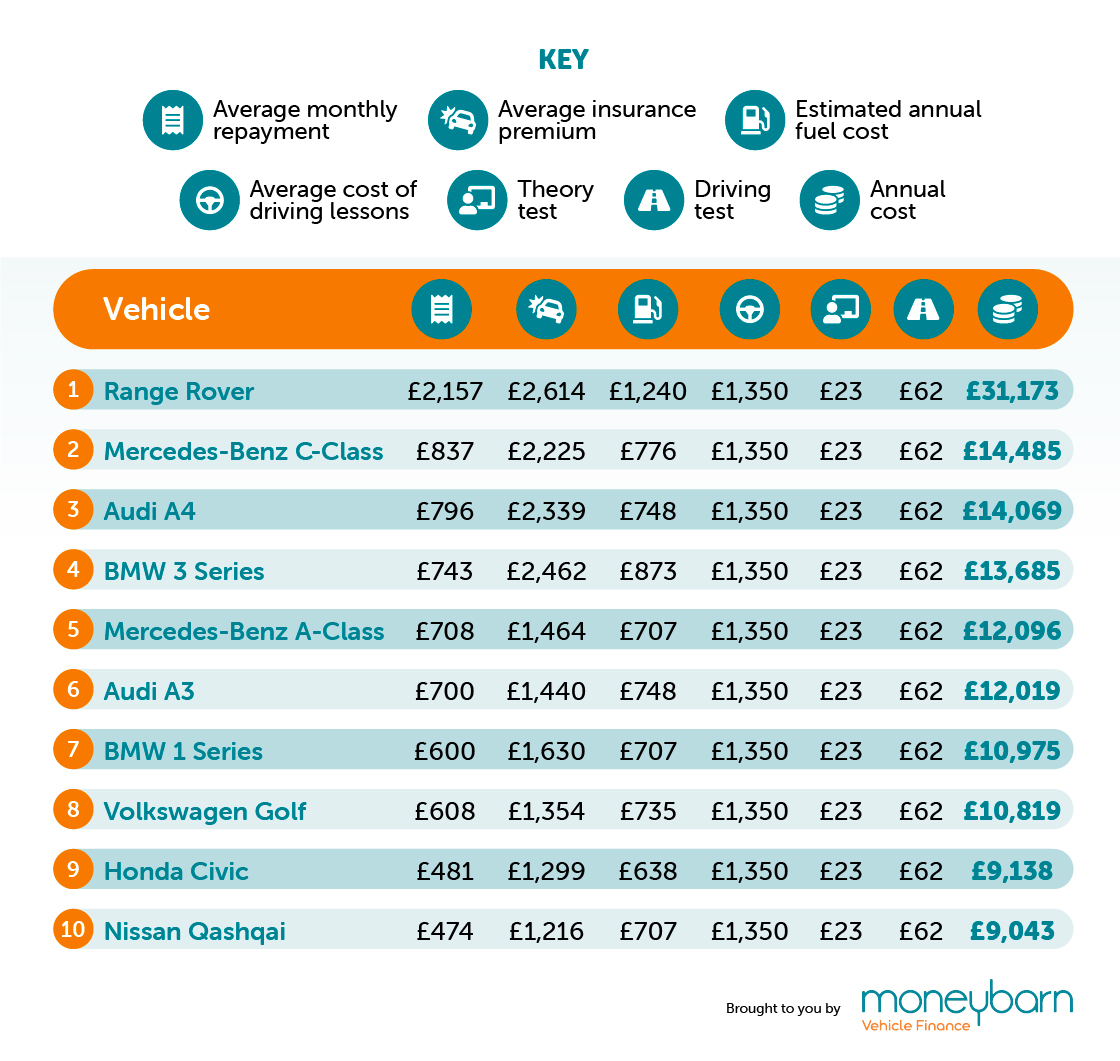 We looked at the 20 most common cars in the UK as of Q1 2021 according to the Department for Transport’s licensed vehicles statistics, analysing each of the following factors before taking an annual total.

Calculated using a car finance calculator based on a three-year loan with an APR interest rate of 9.9%. Average prices were sourced using HonestJohn.co.uk’s used car prices, taking the median price for each car.

The average annual insurance premium was sourced using an insurance comparison site, using a profile of a new 17-year-old driver. We took an average of the five cheapest quotes available for each vehicle.

Calculated using Next Green Car’s fuel cost calculator based on an annual mileage of 6,800 (the annual average according to the Department for Transport’s vehicle mileage and occupancy statistics) and fuel prices of £1.27 for petrol and £1.33 for diesel. For each vehicle, we used the cheapest model currently available for purchase.

The cost of 45 hours of driving lessons based on an average cost of £30 an hour according to the RAC.

The cost of a theory test according to GOV.UK.

The cost of a driving test on a weekday according to GOV.UK.