The countries that are most dependent on cars 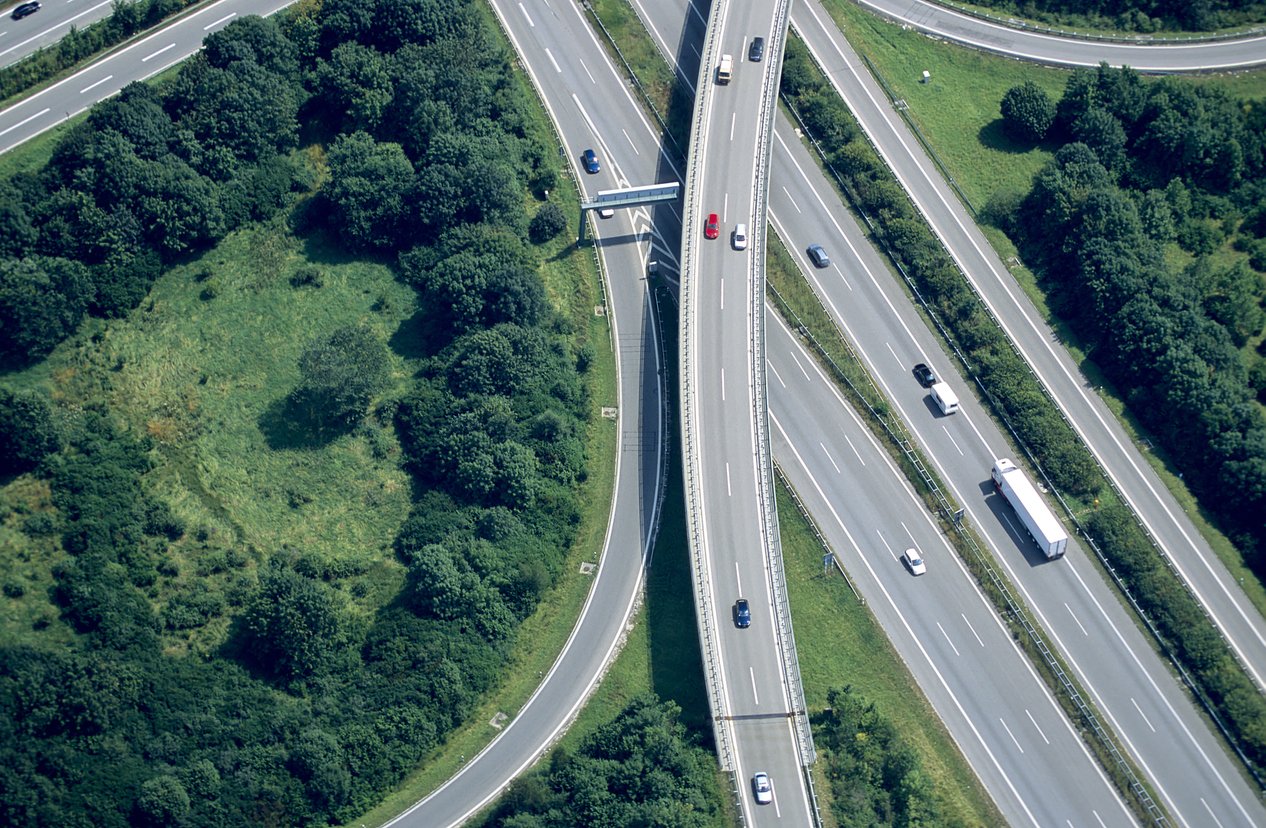 For many people around the world, owning a car isn’t a luxury, but a necessity. The extent to which a nation is dependent on cars depends on several factors. This includes the availability and efficiency of public transportation, as well as the cost.

Not being able to use public transport or walk also has other costs too, such as fuel and car insurance. So, which countries rely on their vehicles the most?

Confused.com scored each country on the following factors related to transport infrastructure, cost and quality, as well as the number of people who use rail transport:

Confused.com gave them a normalised score out of 10 for each of these factors. It considered rail usage to be the most important of these factors. For this reason, it gave this factor a double weighting, with the rest given a half weighting.

Confused.com took an average of each of these scores for each country to reach an overall score. The higher the score, the more car-dependent the country was.

The country on this list that relies most on cars to get around is New Zealand, with a score of 8.48 out of 10.

The Kiwi nation was the most reliant on cars for 2 separate factors – both its efficiency and access to public transport. This may be because transport funding in New Zealand is heavily skewed towards road projects rather than public transport.

Car dependency is recognised as a serious problem in New Zealand. Recent measures to tackle this include a proposed Auckland congestion charge and a NZ$4.4 billion (around £2.2 billion) underground rail project. The reliance on cars in New Zealand also means that it’s one of the most expensive countries in the world to buy and run a car. For example, a new car in New Zealand can cost as much as NZ$20,000 (around £10,000) more than the same car would cost in the US.

The next most car-dependent country is Greece, with the second lowest score for both the efficiency and quality of its railroads.

It also had low scores for its efficiency of public transport and rail transport kilometres per capita. While rail transport has improved in recent years in Greece, particularly the Athens Metro, rail travel isn’t as common here as in other European countries. The motorway network in Greece is the biggest in Southeastern Europe with a total length of over 2,000 kilometres.

Not too far behind Greece in third place is Argentina, with a score of 7.36 out of 10. The South American nation scored highly due to the low efficiency and quality of its rail infrastructure and a lack of access to public transport. But it did score well for its cost of public transport and taxis, with both being among the cheapest in the ranking.

Argentina’s rail network was among the largest and most prosperous in the world by the end of the Second World War. But it has experienced a decline in the years since.

While recent investment has seen the rail network start to recover, many are clearly still choosing their own cars.

Argentina is a major motor vehicle producer in South America, which is likely to be reflected in the fact that so many people drive here. Being such a large country, it also has an extensive road network. This network is centred around Buenos Aires but connects all the major cities, including the 5,000 km National Route 40.

Which country has the fewest railroads?

An extensive rail network is crucial for ensuring that people don’t have to rely on their cars. In this respect, Australia is the most car dependent, with just 0.1km of railway lines per 100km2 of this vast country.

While the major cities in Australia have widespread commuter rail networks, services between cities and states are more limited. For example, there are widespread commuter rail networks in cities such as Sydney, Melbourne, Perth, and Adelaide. But in its early days, the rail network was largely run at a more local level, leading to the various lines adopting different track gauges. This made it difficult for tracks from different states to connect together, something that causes issues to this day.

Which country has the least efficient trains?

While it’s important to have access to lots of train services, it’s also important that the trains run efficiently and on time. Argentina is the lowest-scoring country when it comes to this, scoring just 2.9 out of 7 according to the World Economic Forum (WEF).

The nation’s train network had been in decline since the 1940s, but was re-nationalised in 2015 and has recently had much more investment. Despite being considerably smaller than at its peak, the Argentinian railroad system is still the 6th largest in the world.

Which country has the worst railroad infrastructure?

As well as being the lowest-scoring nation according to the WEF for the efficiency of its railways, Argentina also came bottom for its railroad infrastructure. But, as already mentioned, Argentina is taking steps to improve its rail network, announcing in 2016 that it planned to invest US$16.6bn (around £14.5 billion) by 2023. This follows partnerships and investment from China, which it’s hoped will lead to a rail revival in the country.

Which country has the least efficient public transport?

The country that the WEF scores the lowest when it comes to overall public transport efficiency is New Zealand.

Which country has the least access to public transport?

Having been among the lowest scorers for a couple of factors already, it’s perhaps not surprising that Argentina and New Zealand do so again here. Both countries scored 4.5 when it comes to providing adequate access to public transport according to the WEF.

In New Zealand, while Auckland and Wellington have suburban rail systems, the country has no rapid transit metros or tram systems. Meanwhile in Argentina, the public transport network largely relies on buses, with Buenos Aires being the only city to have an underground.

Where is public transport most expensive?

Although having an extensive and efficient public transport network is great, it can be prohibitive if the cost is too high.

The most expensive nation is Denmark, with a transport price index score of 173.28, according to the World Bank. This means that transport prices in Denmark are 73.28% higher than the global average.  But earnings in the Scandinavian country are also higher than most, with average earnings of DKK 44,514 a month (around £5,250).

Where are taxis the most expensive?

Where is rail transport least used?

The country that makes the least use of its railways is Canada, which, alongside the neighbouring USA lags well behind most other nations. Canada is a huge country, with vast distances between cities, with long-distance journeys usually being made by air rather than public transport. Like the US, those in Canada tend to make most local journeys by car, with train routes limited. Just 3 Canadian cities have commuter train services, while just 1 has a tram system.

How car dependent is the UK?

The UK falls more or less in the middle of the rankings, in 14th place, much less car-dependent than the likes of the US (8th). Most notably, the country falls into the top 10 for rail transport usage, with 1,226 passenger kilometres per capita.

It also has a relatively high railroad density, with 6.7 kilometres of railway for every 100 square kilometres.

Despite this, it’s undeniable that many in the UK still rely heavily on their motors. Perhaps one of their reasons for doing so is the reliability of trains, for which the UK scored just 4.4 out of 7.

“The passenger car is identified as one of the most relied upon modes of transport across the globe. As a population, whether it be for business or leisure, we’re continuously putting our dependence on our cars. However, as the research shows, some of us are much more dependent on our cars than others.

“Cars have major benefits to those living in parts of the world that are disconnected. Nevertheless, owning a car does come with financial implications. For example, fuel expenses, maintenance costs and the price of buying the car itself! Some of these costs are often hard to find or negotiate a cheaper rate. However, one cost of owning a car that you may be able to save on is the cost of insurance.

“Car insurance varies on factors such as your age, where you live and the type of car you drive. Yet, the insurance provider you choose to buy a policy from can also impact the cost of your insurance. Therefore, it is important to compare car insurance deals to ensure you buy the right insurance at the best price.”

Each country was analysed on the following factors, giving each a normalised score out of 10 for each factor before taking an average of these scores.

With public transport usage being such an important factor, this was given double weighting when calculating the overall scores, with all other factors being given half weighting.

The railroad density is in kilometres per 100 square kilometres of surface area, according to the World Economic Forum.

Rail usage: The number of rail passenger kilometres travelled per capita, according to the OECD’s International Transport Forum. For each nation, data was taken for 2019 or the most recent year available, due to 2020 data being affected by the coronavirus pandemic.