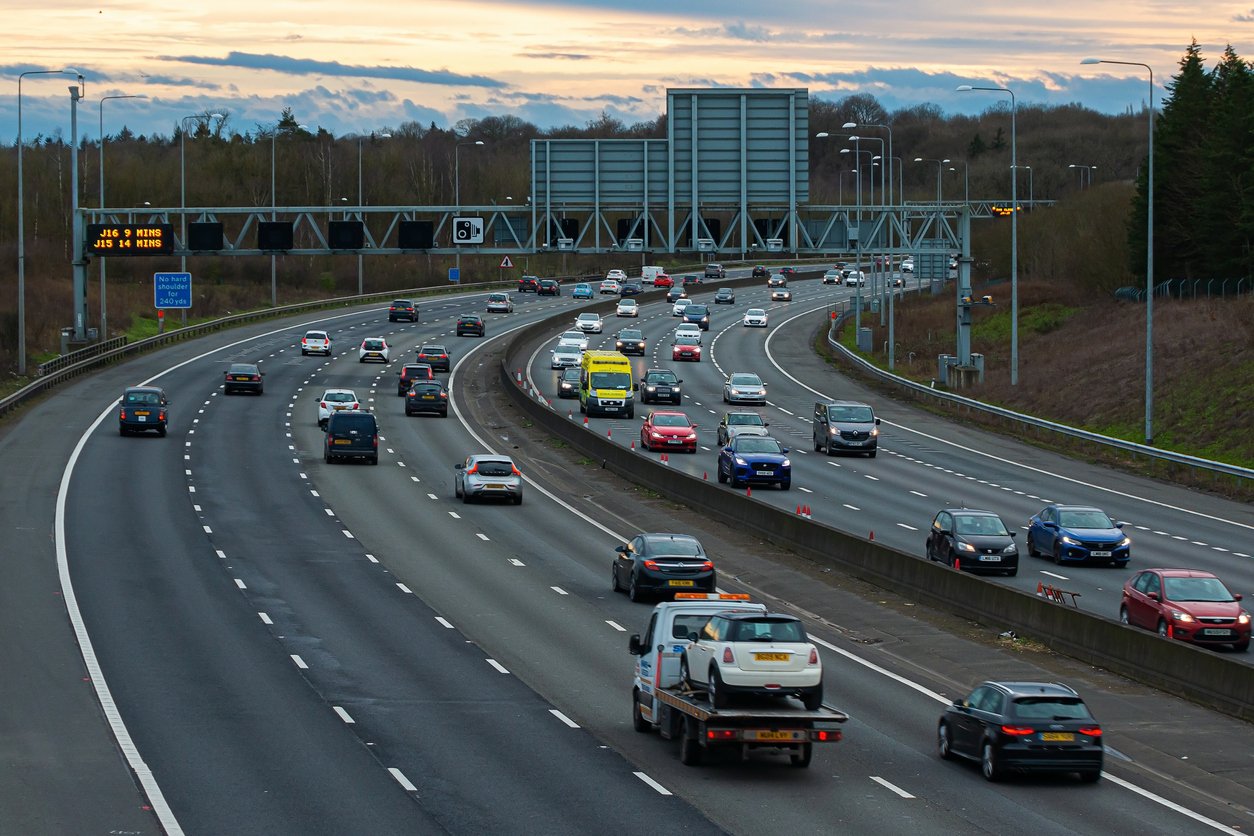 After completing its reports on smart motorways, the Transport Committee is calling for a number of measures to improve safety.

One of these is for the rollout of all-lane running to be halted for five years in light of a lack of safety and economic data.

The select committee calls for the emergency corridor manoeuvre to be added to the Highway Code. This means that drivers in standstill motorway congestion would need to pull to the side of the road, leaving a gap for emergency service vehicles to pass through. This manoeuvre is already a legal requirement in some countries, but not in the UK.

National Highways has already committed to ensuring all new stretches of all-lane-running ‘smart’ motorways, which have no hard shoulder, are fitted with emergency refuge areas (ERAs) no more than one mile apart at any point and 0.75 miles apart wherever possible.

These same measures have been requested by the Transport Committee to be taken on the existing smart motorway network, with ERAs retrofitted at these same intervals.

One lane of the all-lane-running motorway should revert to being a hard shoulder between 7pm and 7am to mitigate the impact of live-lane collisions at night, argues the committee.

The committee adds that the Office for Rail and Road should be commissioned to conduct an independent evaluation of the effectiveness and operation of the stopped-vehicle technology being rolled out across the network.

The committee also wants to see the Office for Rail and Road evaluate the Department for Transport and National Highways’ progress on smart motorways from 2022, particularly regarding response times for live-lane breakdowns and driver education.

Commenting on the report, AA president Edmund King said: “This is a pragmatic report, which reflects many of the actions we had been calling for. We have campaigned consistently for ERAs at least every three quarters of a mile and have been pushing for a rapid retrofit programme. The committee also takes up our proposal for all-lane-running schemes to revert to the hard-shoulder between 7pm and 7am to avoid confusion and to offer a refuge to counter live lane collisions that happen at night.

“We also called for better evaluation of the stopped-vehicle-detection technology and questioned why it hadn’t been fitted before schemes opened. The report reflects our view that controlled motorways with a hard shoulder are the safest option and that the business case for these should be examined.

“The AA called for a new Highway Code rule in 2017 to create an emergency corridor in stationary traffic to allow emergency services access to incidents on motorways where there is no continuous hard shoulder. We are pleased that the committee has endorsed that call and we are already working with National Highways on this matter.

“We hope that the Government will respond quickly to these recommendations so that action can be taken to improve the safety of smart motorways and the public’s perception of these roads.”

Previously, the DfT conducted an ‘evidence stocktake’ into smart motorways, which resulted in dynamic smart motorways – where the outer lane can switch between being a hard shoulder and a live running lane – being abolished.

All-lane running smart motorways, which do not have a hard shoulder, were kept with a commitment to place emergency refuge areas three-quarters of a mile apart where possible, and no more than one mile apart on any new stretches of smart motorway.

Highways England has also committed to installing SVD technology on all stretches of smart motorway. At present, drivers whose cars break down in a live lane without SVD have to wait for a CCTV operator to spot them before the lane is closed.