Video: Driving instructor films moment a driver’s door is ripped off by a passing car 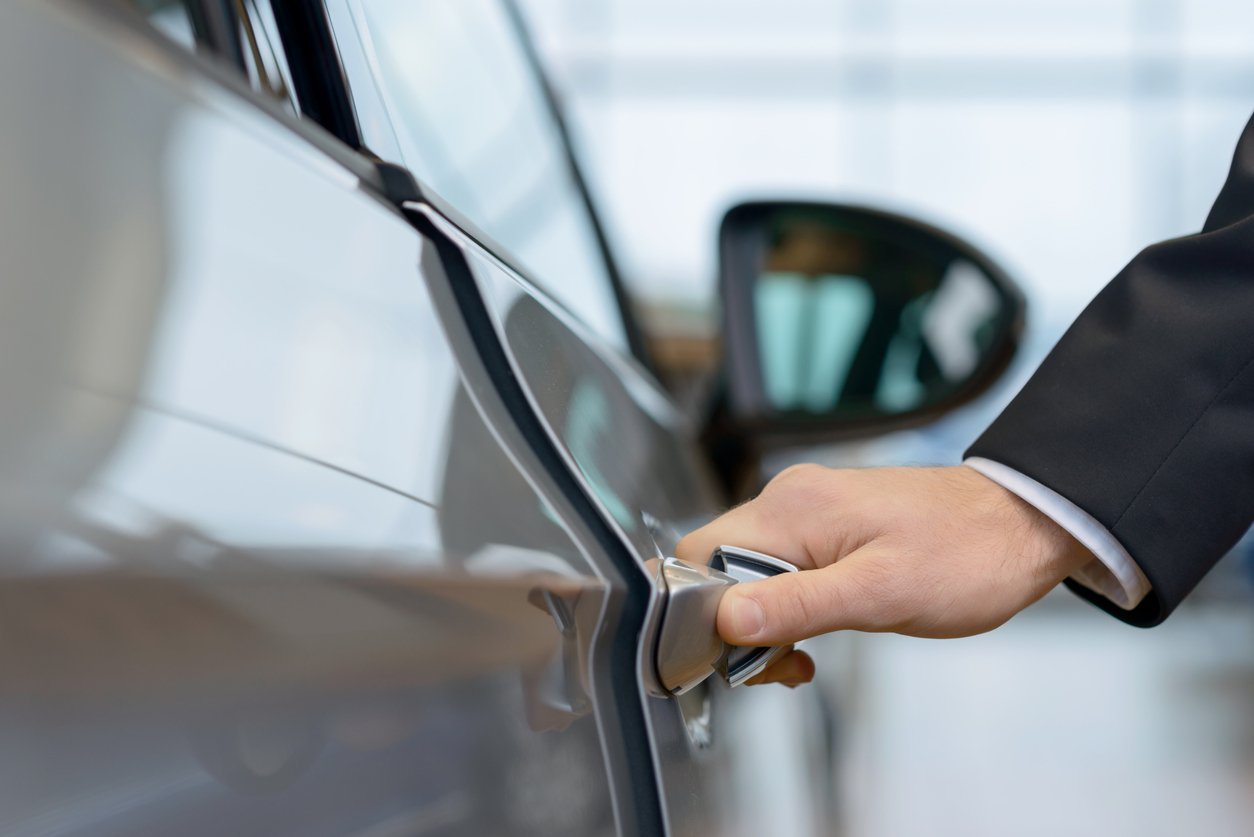 A driver narrowly avoided serious injury when he opened his car door into the path of a passing vehicle.

On Riverbank Road in Sunderland, Tyne and Wear, the Land Rover’s door was ripped from its hinges in the collision, which was captured on dashcam by a passing car.

The footage was captured by driving instructor Peter Scott, who was passing the green Freelander parked on the opposite side of the road when a white Ford Fiesta approached.

The Fiesta hit the Freelander when the driver of the latter opened his door, apparently without looking, bending it back and ripping it from its hinges.

The collision happened on August 19 at 11.38am, and left the shocked driver getting out of his car to pick up his possessions strewn across the road.

Rule 239 of the Highway Code rule states that you must ensure you do not hit anyone when you open your door – check for cyclists or other traffic.

DrewMatic Driving School’s Mr Scott, 57, shared the footage online and wrote: ‘Thankfully nobody was hurt, but this is an example why you should check your mirrors and blind spots before exiting your vehicle, and why you should try to pass a door’s width from parked vehicles.’

The clip has attracted a lot of attention, gaining over 15,000 views and receiving more than 200 comments.

Northumbria Police were unable to find any record of the incident being reported to them.

A spokesman for the force said: “Anyone who sees anybody driving in a dangerous manner is asked to report it to Police by calling 101.”