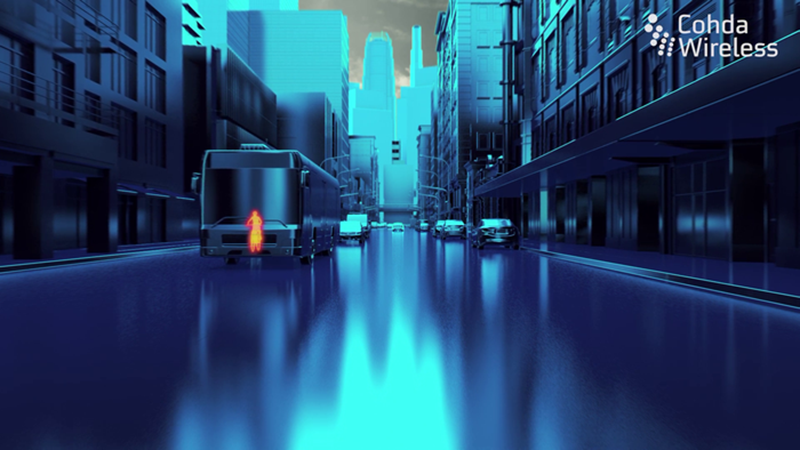 Thanks to a collaborative approach that provides x-ray style vision, autonomous vehicles can see pedestrians and cyclists hidden behind buildings and other vehicles.

The technology is developed by researchers at the University of Sydney and Australian company Cohda Wireless and combines live data from roadside stations and other vehicles to highlight hidden road users.

The system creates ‘collective perception’ thanks to the roadside units, which have their own cameras and Lidar sensors and is aimed at improving the safety and efficiency of autonomous vehicles. Vehicles can also share what they ‘see’ with the units, which share that data with other vehicles.

The system allows autonomous vehicles to simultaneously tap into various viewpoints, significantly increasing their range of perception and showing things that would normally be hidden.

Professor Eduardo Nebot from the Australian Centre for Field Robotics, said: ““This is a game changer for both human-operated and autonomous vehicles, which we hope will substantially improve the efficiency and safety of road transportation.

“The connected vehicle was able to track a pedestrian visually obstructed by a building, with collective perception information. This was achieved seconds before its local perception sensors or the driver could possibly see the same pedestrian around the corner, providing extra time for the driver – or the navigation stack – to react to this safety hazard.”

By responding based on information provided by the roadside station, another experiment demonstrated the technology’s ability to safely interact with walking pedestrians.

The three-year project also demonstrated the expected behaviour of a connected vehicle interacting with a pedestrian rushing towards a crossing.

“Using the intelligent transportation system, the connected autonomous vehicle (CAV) managed to take pre-emptive action – braking and stopping before the pedestrian crossing area, based on the predicted movement of the pedestrian,” Professor Nebot said.