Zero tolerance rules on phone usage behind the wheel – but what if it’s mounted on the windscreen? 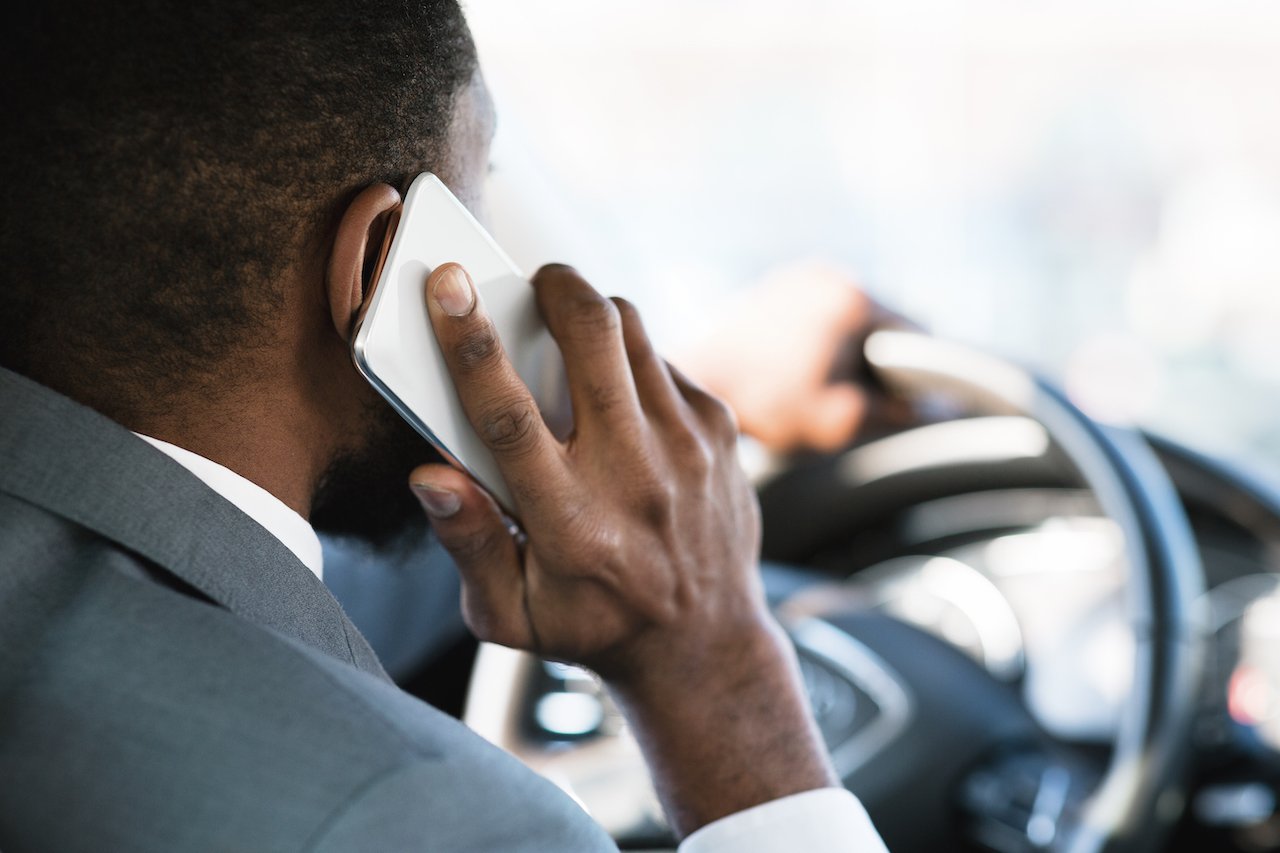 There’s a £200 fine and six penalty points on their licence for drivers caught handling mobiles phones behind the wheel, under new stricter laws ushered in by the Government.

From touching the screen to scroll a music playlist, browse the internet, take a photograph or play a mobile game, handling a phone in any way is now strictly prohibited, and these rules also apply when stopped at a red light or stuck in traffic.

Making calls to emergency services when there is no safe place to pull over is one of the only exceptions. The other exception is to use contactless payments like Apple Pay at fast-food drive-throughs and to pay tolls, with hand-free calls also still being permitted.

Drivers hit with minimum £200 fine and 6 points for handling a phone for any of the following reasons:
– illuminating the screen
– checking the time
– checking notifications
– unlocking the device
– making, receiving, or rejecting a telephone or internet based call
– sending, receiving or uploading oral or written content
– sending, receiving or uploading a photo or video
– utilising camera, video, or sound recording functionality
– drafting any text
– accessing any stored data such as documents, books, audio files, photos, videos, films, playlists, notes or messages
– accessing an application
– accessing the internet

Legally, drivers will still be allowed to use their phones as sat-navs if they are secured in a mount on the windscreen, however you can still be punished if the police believe a driver is touching a device in a cradle.

Even though the minimum punishment being caught for handling a phone behind the wheel is a £200 fine and six penalty points, the DfT states that fines can increase as high as £1,000 and in worst cases drivers could receive a driving ban.

Announcing the new laws, Grant Shapps, Transport Secretary, said: “I will do everything in my power to keep road-users safe, which is why I am taking a zero-tolerance approach to those who decide to risk lives by using their phone behind the wheel.

“I’m ensuring anyone who chooses to break this vital law can face punishment for doing so, and we’ll continue our efforts to ensure our roads remain among the safest in the world.”

To close a loophole that has allowed motorists to escape punishment for using devices while at the wheel, ministers have been pushin to make changes to these laws.

In the past, drivers could only be penalised for handling their phone while making ‘interactive communications’, which specifically only outlawed making phone calls or sending text messages.

Many motorists have defended themselves by arguing that they had been holding their device for something other than an interactive communication, for example watching a video or changing music being played in the vehicle.

The new laws were proposed in parliament in November 2021, following a public consultation in which 81 per cent of respondents supported the introduction of tougher measures.

According to the RAC, 43 per cent of drivers it polled aren’t aware of the new zero-tolerance rules that have been introduced. Just 2 per cent believe it will be ‘very effective’ in improving driver behaviour.

Even though 75 per cent of the 2,000 drivers surveyed said they are supportive of the chnge in the law, many are sceptical as to how effective it will be in getting offending drivers to change their actions and make the roads safer.

The tougher sanctions on offending drivers caused almost half of those surveyed to say that they’d be ‘partly effective’, though 45 per cent said it won’t have an impact on the number of motorists handling their devices at the wheel.

Rod Dennis, from the RAC, said: “While we welcome the law change and very much hope it will make a difference, it’s arguable that it will only be truly effective if it’s rigorously enforced.

“If some drivers still don’t feel they’re likely to be caught, then simply making the law tougher isn’t going to have the desired effect of making our roads safer.”

The police will be the ones to enforce these laws, but they could soon have additional help from new ‘spy-in-the-sky’ technology if these advanced technologies are used in the future.

Highways England has trialled the use of these high-definition cameras that can take pictures of motorists through their windscreens.

There’s a possibility that these could be used in the same way as speeding cameras, fitted to overhead gantries with offending drivers sent prosecution notices. However, there is no sign so far of this being rolled out.

Mr Dennis added: “The dial really needs to be turned up when it comes to enforcement, and that means police forces having the resources and technology they need to more easily catch those drivers that continue to flout the law.

‘Cameras that can automatically detect handheld phone use exist and are in use in other countries, so we think it’s high time the UK Government evaluated this technology with a view to allowing police forces to deploy it at the earliest opportunity.’

The Government has launched an £800,000 THINK! Campaign to raise awareness of the new penalties, which will feature across various social media platforms as well as radio until the end of April.
Commenting on the new rules, Edmund King, AA president, said: “The AA has long campaigned to make hand-held mobile phone use whilst driving as socially unacceptable as drink driving and we warmly welcome the new law.

“This is a much needed toughening of the rules to help make our roads safer.

“Those that believe that they can still play with their phone because it’s in a cradle must think again – they leave themselves open to prosecution for either careless or dangerous driving.

“The best thing to do is to convert your glovebox into a phone box. We all need to keep our hands on the wheel and our eyes on the road.”

Do the new rules apply if you’re touching your phone that’s secured in a cradle or mount on the windscreen or dashboard of your car?

The DfT said in a statement when the new rules were announced last year: “Drivers will still be able to continue using a device ‘hands-free’ while driving, such as a sat-nav, if it’s secured in a cradle.

“They must, however, always take responsibility for their driving and can be charged with an offence if the police find them not to be in proper control of their vehicle.”

But what happens if a driver has their phone secured in a cradle but is touching it to start or stop a video recording, check notifications or simply to see the time?

A DfT spokesman told This is Money: “The new updates to the law covers hand-held mobile phone use only.”

He added: “However, there are multiple distinct offences which could apply when a driver is distracted by using a phone in a cradle – and would need to be considered on a case-by-case basis.

“Where a driver uses a mobile phone but does not at any point while driving pick it up, that activity is covered by wider road traffic law regarding distraction.

“As with any other form of distraction, the police could take enforcement action if they consider that the driver’s level of driving has suffered.”

This means it will be up to the discretion of the police to determine what level of enforcements is taken if a driver is judged to have been distracted by operating their phone in a mount.

While drivers will likely not face any action if they’re making adjustments to their navigation route, if they are deemed to be too distracted by their devices for any of the new reasons listed above they could face tougher sanctions.

The DfT stated that a motorist distracted from their driving duties because they were touching a phone secured in a cradle could be punished by one of three increasing offence types:

While these all represent worst-case punishments, how – and if – touching a phone in a secured mount can be enforced is a totally different matter.

This is especially the case now that various car makers are promoting using this type of technology.

Instead of expensive built-in infotainment screens, many brands offer their cheapest entry models with smartphone docking stations. Customers are then expected to use a dedicated app on their device to access the car’s radio settings, sat-navs and other functions.

A phone cradle must be positioned on the windscreen so that it does not interfere with the driver’s view of the road and traffic ahead.